In this page you can download PNG image - Glider PNG. 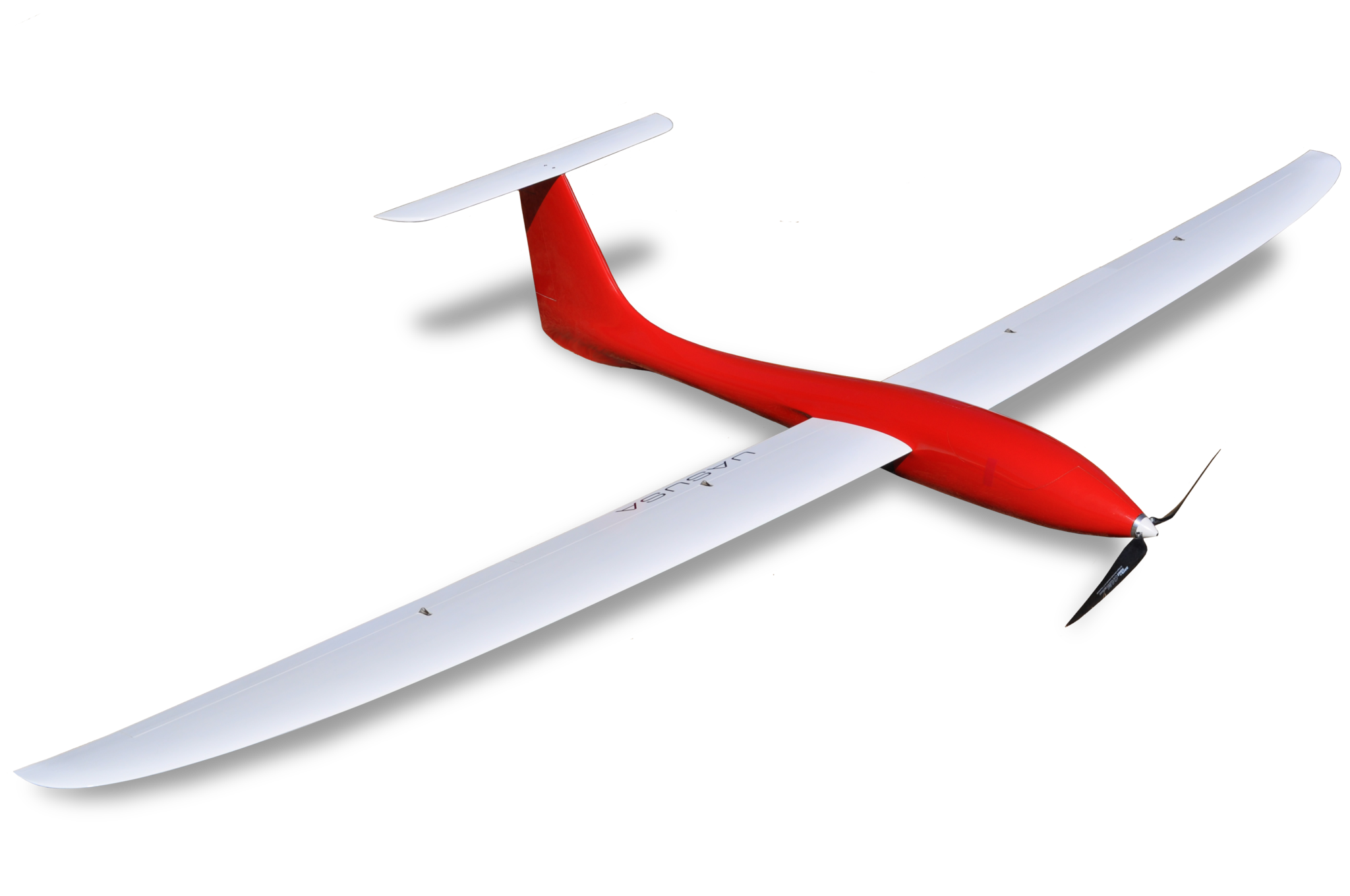 This image has format transparent PNG with resolution 2048x1360.
You can download this image in best resolution from this page and use it for design and web design.

A glider is a fixed-wing aircraft that is supported in flight by the dynamic reaction of the air against its lifting surfaces, and whose free flight does not depend on an engine. Most gliders do not have an engine, although motor-gliders have small engines for extending their flight when necessary by sustaining the altitude (normally a sailplane is on a continuously descending slope) with some being powerful enough to take off self-launch .

There is a wide variety of types differing in the construction of their wings, aerodynamic efficiency, location of the pilot, controls and intended purpose. Most exploit meteorological phenomena to maintain or gain height. Gliders are principally used for the air sports of gliding, hang gliding and paragliding. However some spacecraft have been designed to descend as gliders and in the past military gliders have been used in warfare. Some simple and familiar types of glider are toys such as the paper plane and balsa wood glider.

Early pre-modern accounts of flight are in most cases difficult to verify and it is unclear whether each craft was a glider, kite or parachute and to what degree they were truly controllable. Often the event is only recorded a long time after it allegedly took place. A 17th-century account reports an attempt at flight by the 9th-century poet Abbas Ibn Firnas near Cordoba, Spain which ended in heavy back injuries. The monk Eilmer of Malmesbury is reported by William of Malmesbury (c. 1080–1143), a fellow monk and historian, to have flown off the roof of his Abbey in Malmesbury, England, sometime between 1000 and 1010 AD, gliding about 200 metres (220 yd) before crashing and breaking his legs. According to these reports, both used a set of (feathery) wings, and both blamed their crash on the lack of a tail. Hezârfen Ahmed Çelebi is alleged to have flown a glider with eagle-like wings over the Bosphorus strait from the Galata Tower to Üsküdar district in Istanbul around 1630–1632.

In the inter-war years, recreational gliding flourished in Germany under the auspices of Rhön-Rossitten. In the United States, the Schweizer brothers of Elmira, New York, manufactured sport sailplanes to meet the new demand. Sailplanes continued to evolve in the 1930s, and sport gliding has become the main application of gliders. As their performance improved, gliders began to be used to fly cross-country and now regularly fly hundreds or even over a thousand of kilometers in a day, if the weather is suitable.

Military gliders were developed during World War II by a number of countries for landing troops. A glider – the Colditz Cock – was even built secretly by POWs as a potential escape method at Oflag IV-C near the end of the war in 1944.

Gliders were developed from the 1920s for recreational purposes. As pilots began to understand how to use rising air, gliders were developed with a high lift-to-drag ratio. These allowed longer glides to the next source of 'lift', and so increase their chances of flying long distances. This gave rise to the popular sport known as gliding although the term can also be used to refer to merely descending flight. Such gliders designed for soaring are sometimes called sailplanes.

Gliders were mainly built of wood and metal but the majority now have composite materials using glass, carbon fibre and aramid fibers. To minimise drag, these types have a fuselage and long narrow wings, i.e. a high aspect ratio.In the beginning, there were huge differences in the appearance of early-sailplanes. As technology and materials developed, the aspiration for the perfect balance between lift/drag, climbing ratio and gliding speed, made engineers from various producers create similar designs across the world. Both single-seat and two-seat gliders are available.

Initially training was done by short 'hops' in primary gliders which are very basic aircraft with no cockpit and minimal instruments. Since shortly after World War II training has always been done in two-seat dual control gliders, but high performance two-seaters are also used to share the workload and the enjoyment of long flights. Originally skids were used for landing, but the majority now land on wheels, often retractable. Some gliders, known as motor gliders, are designed for unpowered flight, but can deploy piston, rotary, jet or electric engines. Gliders are classified by the FAI for competitions into glider competition classes mainly on the basis of span and flaps.

A class of ultralight sailplanes, including some known as microlift gliders and some as 'airchairs', has been defined by the FAI based on a maximum weight. They are light enough to be transported easily, and can be flown without licensing in some countries. Ultralight gliders have performance similar to hang gliders, but offer some additional crash safety as the pilot can be strapped in an upright seat within a deformable structure. Landing is usually on one or two wheels which distinguishes these craft from hang gliders. Several commercial ultralight gliders have come and gone, but most current development is done by individual designers and home builders.