In this page you can download PNG image - Combat boots PNG image. 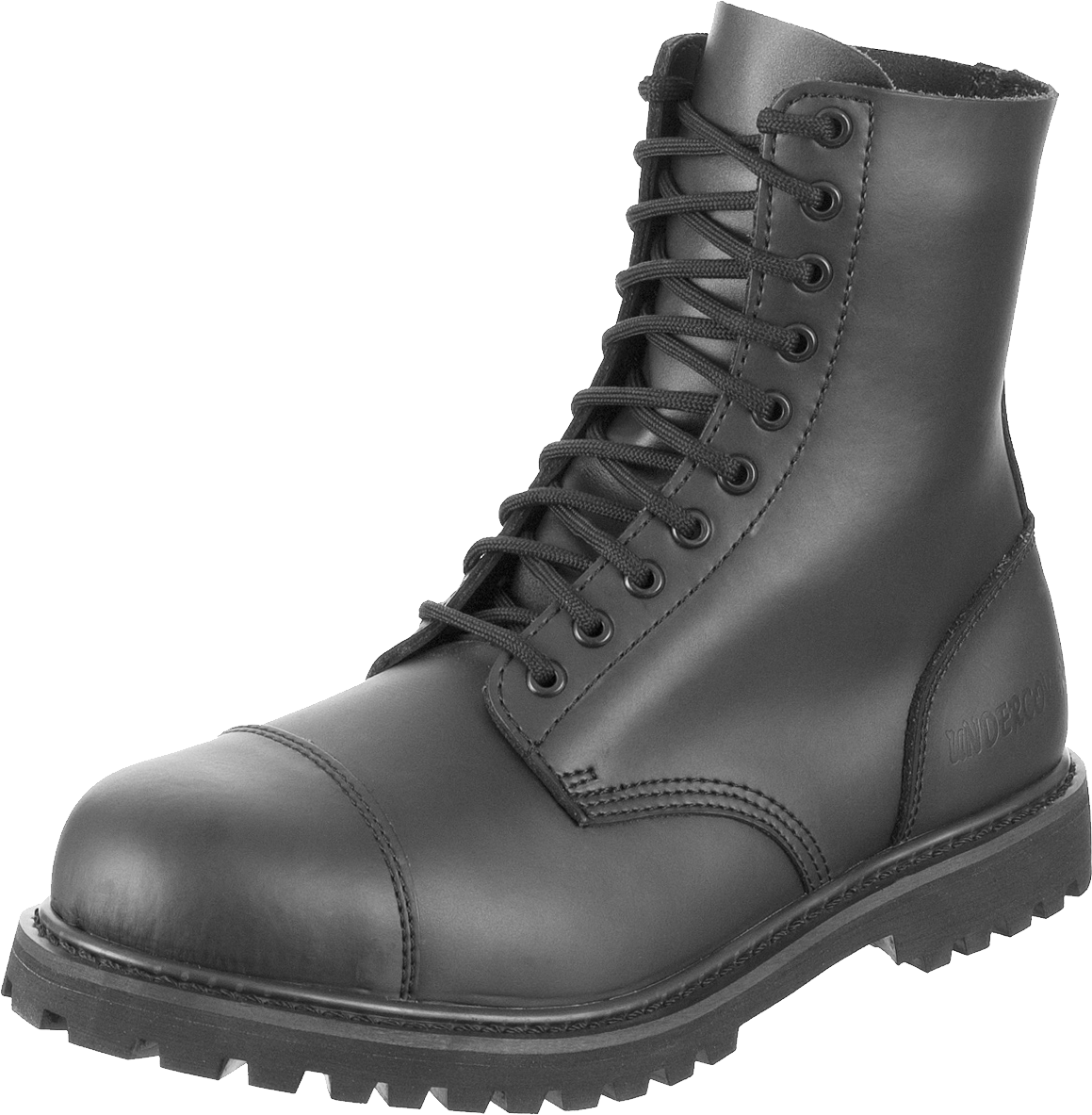 This image has format transparent PNG with resolution 1159x1183.
You can download this image in best resolution from this page and use it for design and web design.

A boot is a type of footwear and a specific type of shoe. Most boots mainly cover the foot and the ankle, while some also cover some part of the lower calf. Some boots extend up the leg, sometimes as far as the knee or even the hip. Most boots have a heel that is clearly distinguishable from the rest of the sole, even if the two are made of one piece. Traditionally made of leather or rubber, modern boots are made from a variety of materials. Boots are worn both for their functionality – protecting the foot and leg from water, extreme cold, mud or hazards (e.g., work boots may protect wearers from chemicals or use a steel toe) or providing additional ankle support for strenuous activities with added traction requirements (e.g., hiking) – and for reasons of style and fashion.

In some cases, the wearing of boots may be required by laws or regulations, such as the regulations in some jurisdictions requiring workers on construction sites to wear steel-toed safety boots. Some uniforms include boots as the regulated footwear. Boots are recommended as well for motorcycle riders. High-top athletic shoes are generally not considered boots, even though they do cover the ankle, primarily due to the absence of a distinct heel. In Britain, the term may be used to refer to football (soccer) cleats.