In this page you can download PNG image - Backgammon PNG. 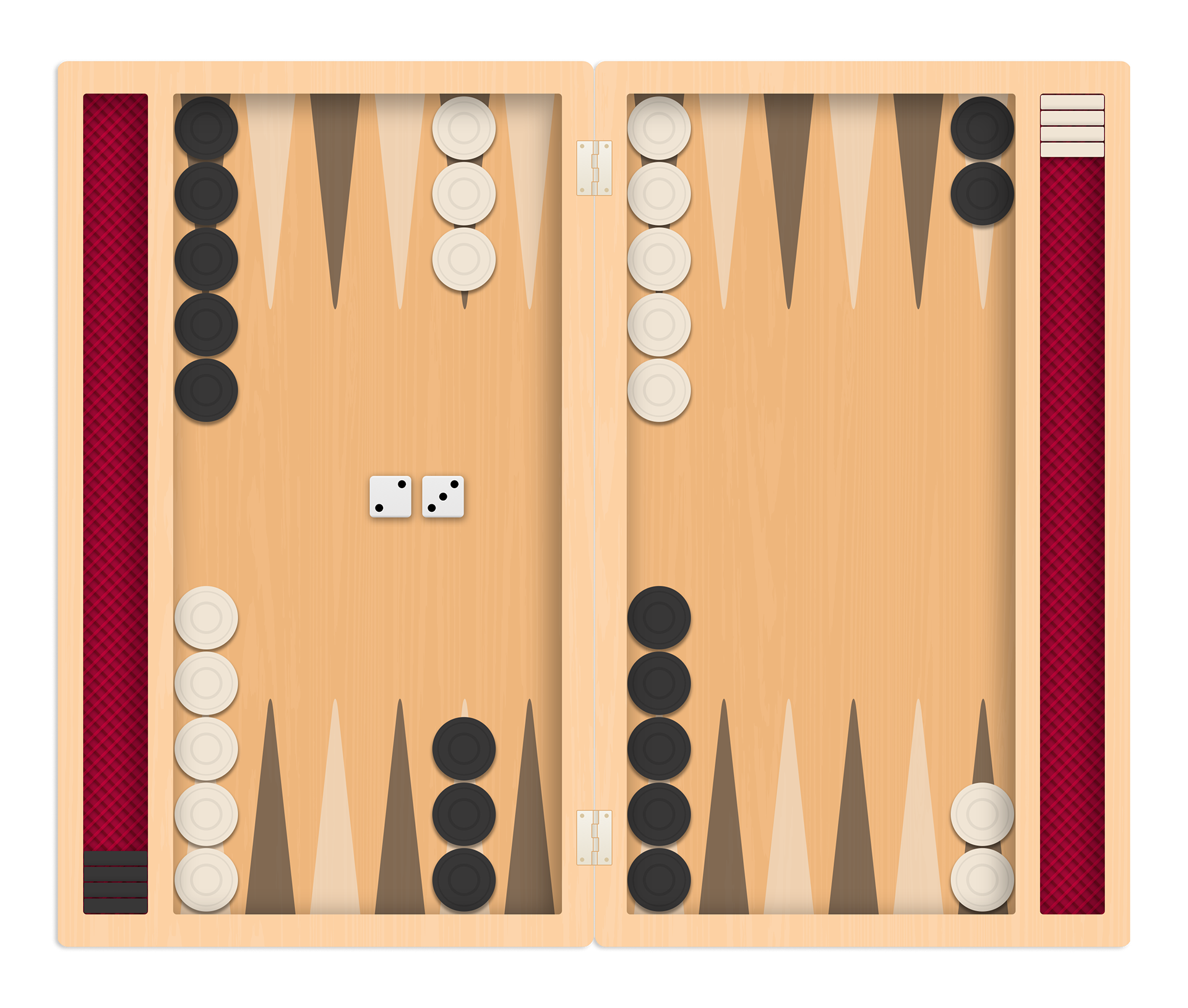 This image has format transparent PNG with resolution 1920x1629.
You can download this image in best resolution from this page and use it for design and web design.

Backgammon is one of the oldest known board games. Its history can be traced back nearly 5,000 years to archeological discoveries in the Middle East, originally in Iran. It is a two player game where each player has fifteen pieces (checkers) which move between twenty-four triangles (points) according to the roll of two dice. The objective of the game is to be first to bear off, i.e. move all fifteen checkers off the board. Backgammon is a member of the tables family, one of the oldest classes of board games.

Backgammon involves a combination of strategy and luck (from rolling dice). While the dice may determine the outcome of a single game, the better player will accumulate the better record over series of many games, somewhat like poker.[3] With each roll of the dice, players must choose from numerous options for moving their checkers and anticipate possible counter-moves by the opponent. The optional use of a doubling cube allows players to raise the stakes during the game.

Like chess, backgammon has been studied with great interest by computer scientists. Owing to this research, backgammon software has been developed that is capable of beating world-class human players (see TD-Gammon for an example).

The objective is for players to remove (bear off) all their checkers from the board before their opponent can do the same. In the most often-played variants the checkers are scattered at first; as the game progresses they may be blocked or hit by the opponent. As the playing time for each individual game is short, it is often played in matches where victory is awarded to the first player to reach a certain number of points.

Backgammon has an established opening theory, although it is less detailed than that of chess. The tree of positions expands rapidly because of the number of possible dice rolls and the moves available on each turn. Recent computer analysis has offered more insight on opening plays, but the midgame is reached quickly. After the opening, backgammon players frequently rely on some established general strategies, combining and switching among them to adapt to the changing conditions of a game.

A blot has the highest probability of being hit when it is 6 points away from an opponent's checker (see picture). Strategies can derive from that. The most direct one is simply to avoid being hit, trapped, or held in a stand-off. A "running game" describes a strategy of moving as quickly as possible around the board, and is most successful when a player is already ahead in the race. When this fails, one may opt for a "holding game", maintaining control of a point on one's opponent's side of the board, called an anchor. As the game progresses, this player may gain an advantage by hitting an opponent's blot from the anchor, or by rolling large doubles that allow the checkers to escape into a running game.

The "priming game" involves building a wall of checkers, called a prime, covering a number of consecutive points. This obstructs opposing checkers that are behind the prime. A checker trapped behind a six-point prime cannot escape until the prime is broken. A particularly successful priming effort may lead to a "blitz", which is a strategy of covering the entire home board as quickly as possible while keeping one's opponent on the bar. Because the opponent has difficulty re-entering from the bar or escaping, a player can quickly gain a running advantage and win the game, often with a gammon.

A "backgame" is a strategy that involves holding two or more anchors in an opponent's home board while being substantially behind in the race. The anchors obstruct the opponent's checkers and create opportunities to hit them as they move home. The backgame is generally used only to salvage a game wherein a player is already significantly behind. Using a backgame as an initial strategy is usually unsuccessful.