In this page you can download PNG image - Mikhail Gorbachev PNG. 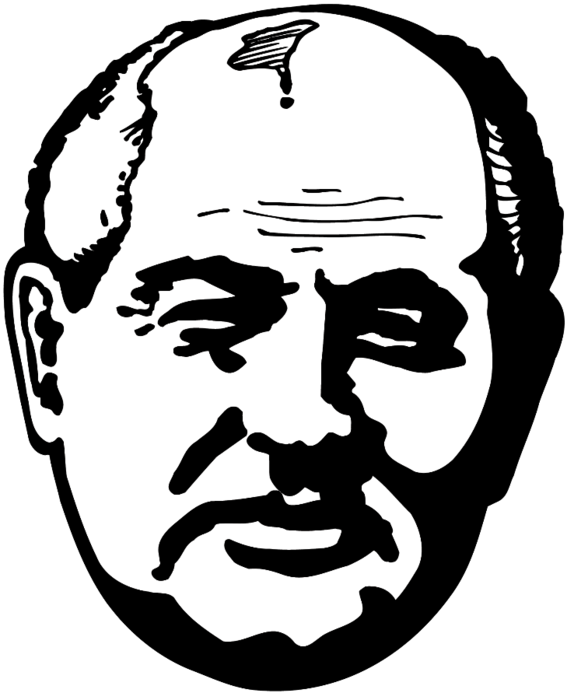 This image has format transparent PNG with resolution 574x700.
You can download this image in best resolution from this page and use it for design and web design.

Gorbachev was born in Stavropol Krai in 1931 into a peasant Ukrainian–Russian family, and in his teens, operated combine harvesters on collective farms. He graduated from Moscow State University in 1955 with a degree in law. While he was at the university, he joined the Communist Party, and soon became very active within it. In 1970, he was appointed the First Party Secretary of the Stavropol Regional Committee, First Secretary to the Supreme Soviet in 1974, and appointed a candidate member of the Politburo in 1979. Within three years of the death of Soviet leader Leonid Brezhnev, following the brief "interregna" of Andropov and Chernenko, Gorbachev was elected general secretary by the Politburo in 1985. Before he reached the post, he had occasionally been mentioned in Western newspapers as a likely next leader and a man of the younger generation at the top level.

Gorbachev's policies of glasnost ("openness") and perestroika ("restructuring") and his reorientation of Soviet strategic aims contributed to the end of the Cold War. Under this program, the role of the Communist Party in governing the state was removed from the constitution, which inadvertently led to crisis-level political instability with a surge of regional nationalist and anti-communist activism culminating in the dissolution of the Soviet Union. Gorbachev later expressed regret for his failure to save the Soviet state, though he has insisted that his policies were not failures but rather were vitally necessary reforms, which were sabotaged and exploited by opportunists. He was awarded the Otto Hahn Peace Medal in 1989, the Nobel Peace Prize in 1990, and the Harvey Prize in 1992, as well as honorary doctorates from various universities.