In this page you can download PNG image - Porridge, Oatmeal PNG. 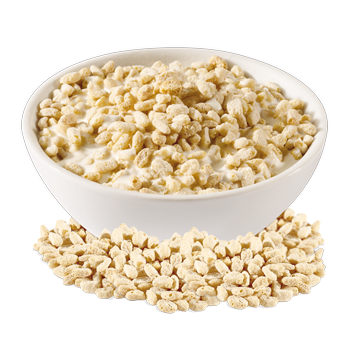 This image has format transparent PNG with resolution 350x350.
You can download this image in best resolution from this page and use it for design and web design.

Porridge (also historically spelled porage, porrige, parritch) is a food commonly eaten as a breakfast cereal dish, made by boiling ground, crushed or chopped starchy plants—typically grain—in water or milk. It is often cooked or served with added flavorings such as sugar, honey or syrup to make a sweet cereal or mixed with spices or vegetables to make a savoury dish. It is usually served hot in a bowl.

Oatmeal is made of hulled oat grains – groats – that have either been milled (ground), steel-cut, or rolled. Ground oats are also called "white oats". Steel-cut oats are known as "coarse oatmeal" or "Irish oatmeal" or "pinhead oats". Rolled oats can be either thick or thin, and may be "old-fashioned", or "quick", or "instant". The term "oatmeal" is also used in the U.S. and parts of Canada as another word for an oat-based porridge popular in such countries made from either ground, steel-cut, or rolled oats.

Porridge is a dish made by boiling ground, crushed, or chopped starchy plants (typically grains) in water, milk, or both, with optional flavorings, and is usually served hot in a bowl or dish. It may be served as a sweet or savory dish, depending on the flavourings.

Porridge is a traditional food in many countries in Northern Europe. It is usually eaten for breakfast. In some countries barley or other grains may be used. Porridge is cooked in saucepans or in a microwave. Traditionally, it was cooked in large metal kettles over hot coals. Porridge was often served as food for prisoners in prisons. This is why in English there is a slang expression "doing porridge" which means "being in prison". Porridge is also given to people who are ill because it is nourishing and easy to eat.

Semolina and gruel are foods which are quite similar to porridge. Semolina is usually served as a pudding. Gruel is a similar but thinner concoction to porridge. It is semi-liquid and usually drunk rather than eaten. Oliver Twist, in the famous book by Charles Dickens, was given gruel to eat.

Historically, heavy foods were eaten because most work was manual. Before the industrial revolution, men and women doing hard work needed more calories per day than they need today. At any rate this applies to countries which are highly mechanized. Porridge is a good example of the heavy calorie-laden food which has gradually gone out of favour.