In this page you can download PNG image - Almonds transparent image PNG. 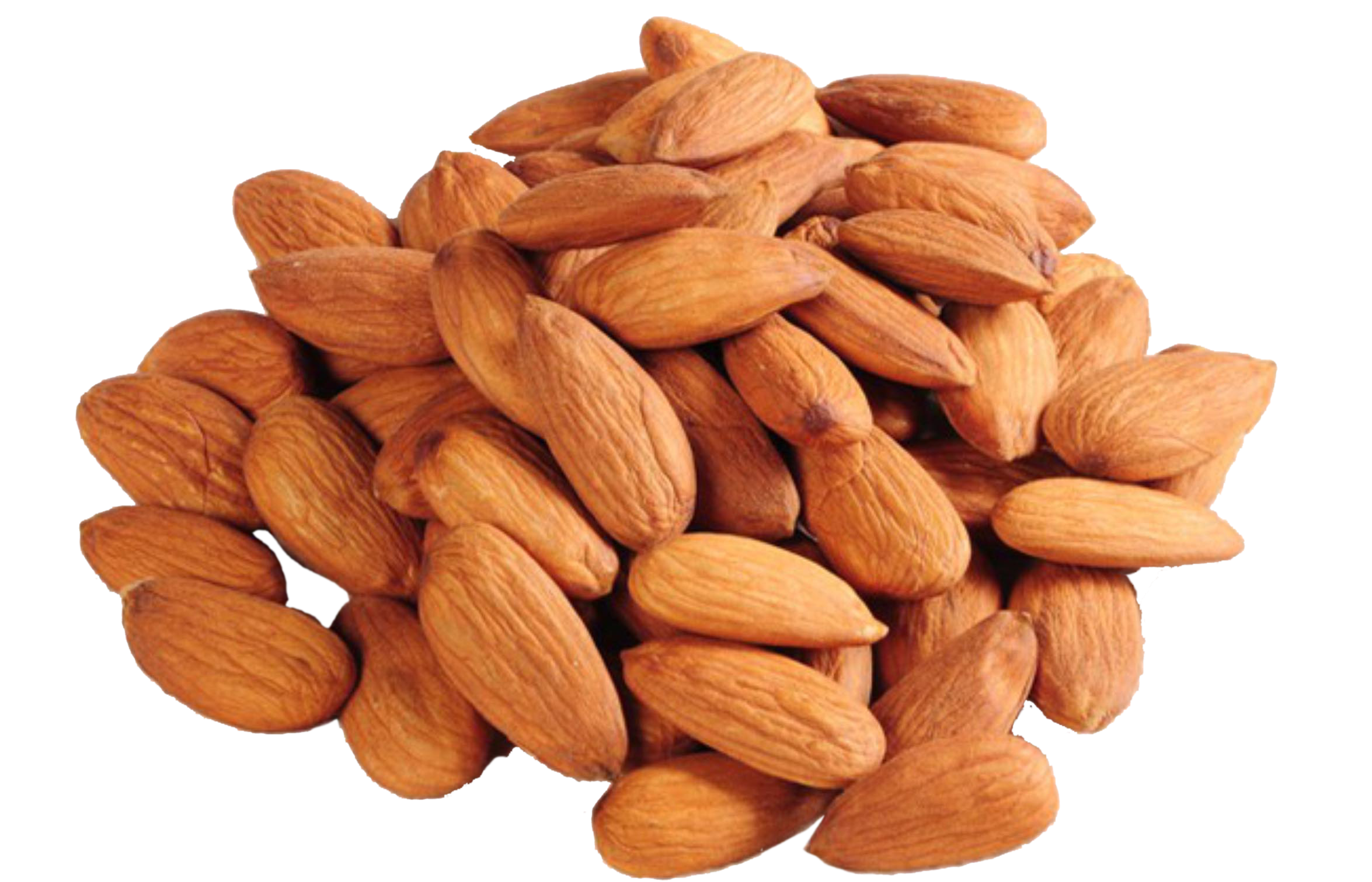 This image has format transparent PNG with resolution 2350x1511.
You can download this image in best resolution from this page and use it for design and web design.

The almond (Prunus dulcis, syn. Prunus amygdalus) is a species of tree native to Mediterranean climate regions of the Middle East, from Syria and Turkey to India and Pakistan, although it has been introduced elsewhere.

Almond is also the name of the edible and widely cultivated seed of this tree. Within the genus Prunus, it is classified with the peach in the subgenus Amygdalus, distinguished from the other subgenera by corrugations on the shell (endocarp) surrounding the seed.

The fruit of the almond is a drupe, consisting of an outer hull and a hard shell with the seed, which is not a true nut, inside. Shelling almonds refers to removing the shell to reveal the seed. Almonds are sold shelled or unshelled. Blanched almonds are shelled almonds that have been treated with hot water to soften the seedcoat, which is then removed to reveal the white embryo.

The almond is a deciduous tree, growing 4–10 m (13–33 ft) in height, with a trunk of up to 30 cm (12 in) in diameter. The young twigs are green at first, becoming purplish where exposed to sunlight, then grey in their second year. The leaves are 8–13 cm (3–5 in) long, with a serrated margin and a 2.5 cm (1 in) petiole. The flowers are white to pale pink, 3–5 cm (1–2 in) diameter with five petals, produced singly or in pairs and appearing before the leaves in early spring. Almond grows best in Mediterranean climates with warm, dry summers and mild, wet winters. The optimal temperature for their growth is between 15 and 30 °C (59 and 86 °F) and the tree buds have a chilling requirement of 300 to 600 hours below 7.2 °C (45.0 °F) to break dormancy.

Almonds begin bearing an economic crop in the third year after planting. Trees reach full bearing five to six years after planting. The fruit matures in the autumn, 7–8 months after flowering.