In this page you can download PNG image - Katana PNG. 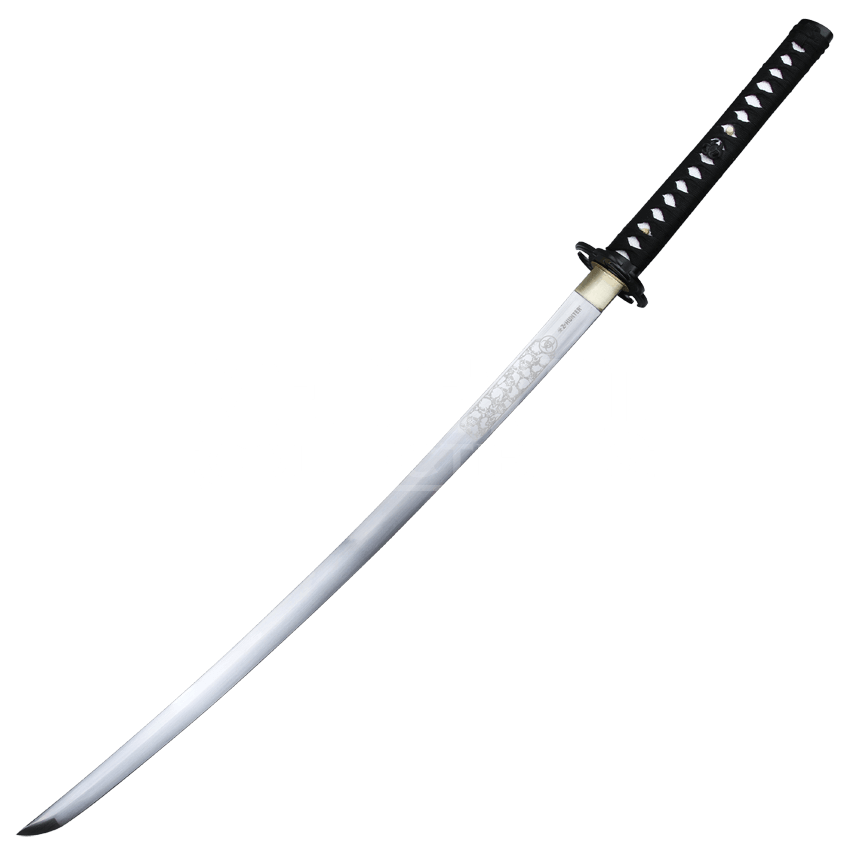 This image has format transparent PNG with resolution 850x850.
You can download this image in best resolution from this page and use it for design and web design.

Historically, katana were one of the traditionally made Japanese swords that were used by the samurai of ancient and feudal Japan. The katana is characterized by its distinctive appearance: a curved, single-edged blade with a circular or squared guard and long grip to accommodate two hands.

Katana can also be known as dai or dait? among Western sword enthusiasts although dait? is a generic name for any Japanese long sword.

As Japanese does not have separate plural and singular forms, both katanas and katana are considered acceptable forms in English.

Pronounced [katana], the kun'yomi (Japanese reading) of the kanji, originally meaning dao or knife/saber in Chinese, the word has been adopted as a loanword by the Portuguese language. In Portuguese the designation (spelled catana) means "large knife" or machete.