In this page you can download PNG image - Jet ski PNG. 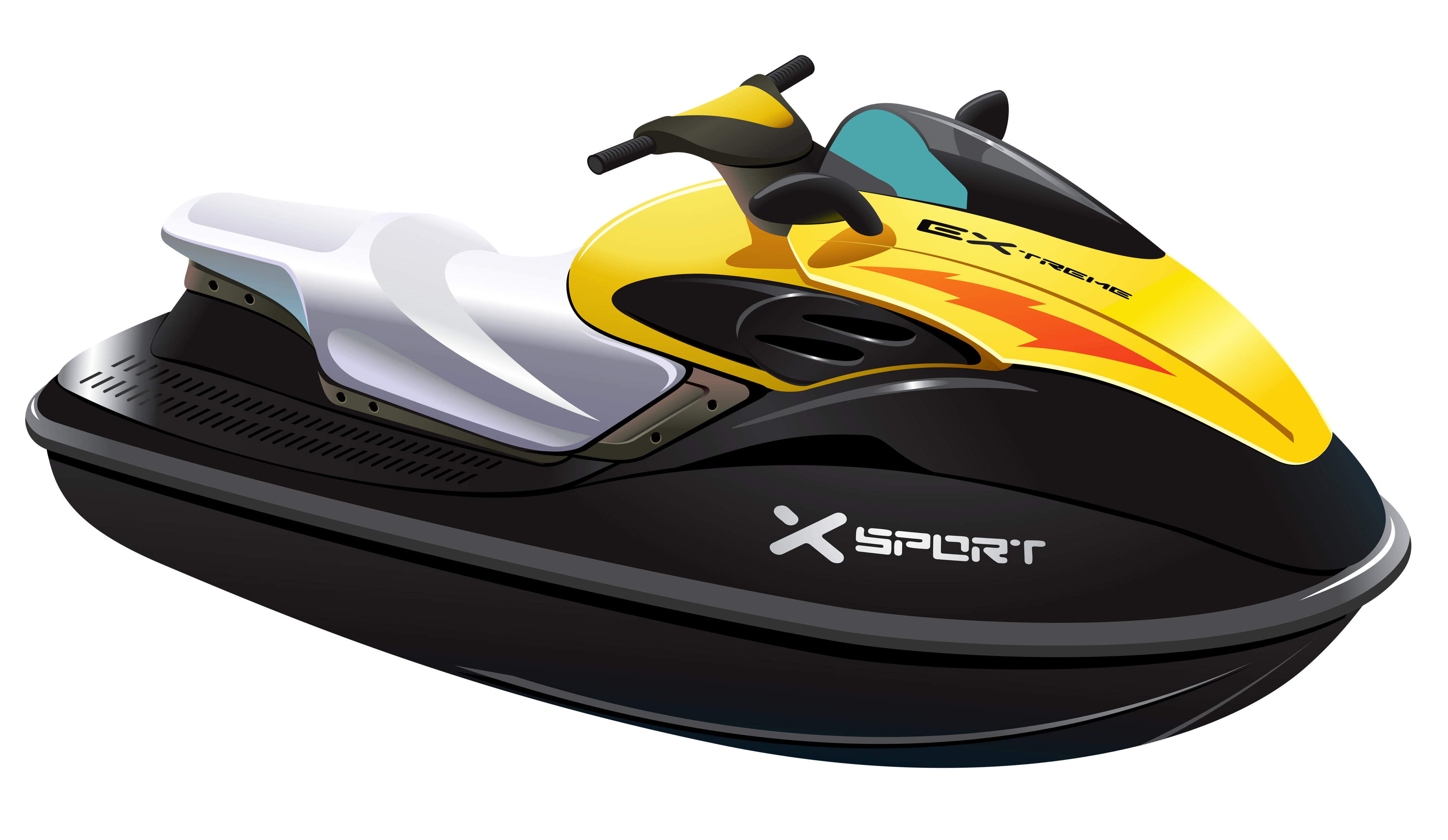 This image has format transparent PNG with resolution 3905x2266.
You can download this image in best resolution from this page and use it for design and web design.

A personal watercraft (PWC), also called water scooter, jetski, and comically a boatercycle, is a recreational watercraft that the rider sits or stands on, rather than inside of, as in a boat. PWCs have two style categories, first and most popular being a "sit down" or "couch" where the rider uses the watercraft mainly sitting down, and the watercraft typically holds two or more people. The second style is a "stand-up", where the rider uses the watercraft standing up. The stand-up styles are built for one rider and are used more for doing tricks, racing, and use in competitions. Both styles have an inboard engine driving a pump-jet that has a screw-shaped impeller to create thrust for propulsion and steering. Most are designed for two or three people, though four-passenger models exist.

The United States Coast Guard defines a personal watercraft, amongst other criteria, as a jet-drive boat, less than 13 feet (4 m) in length, in order to exclude from that definition more conventional-sized jet-boats. There is a wide variety of "jetboats" many of which exceed 30–40 feet (9–12 m) in length.