In this page you can download PNG image - Skull PNG. 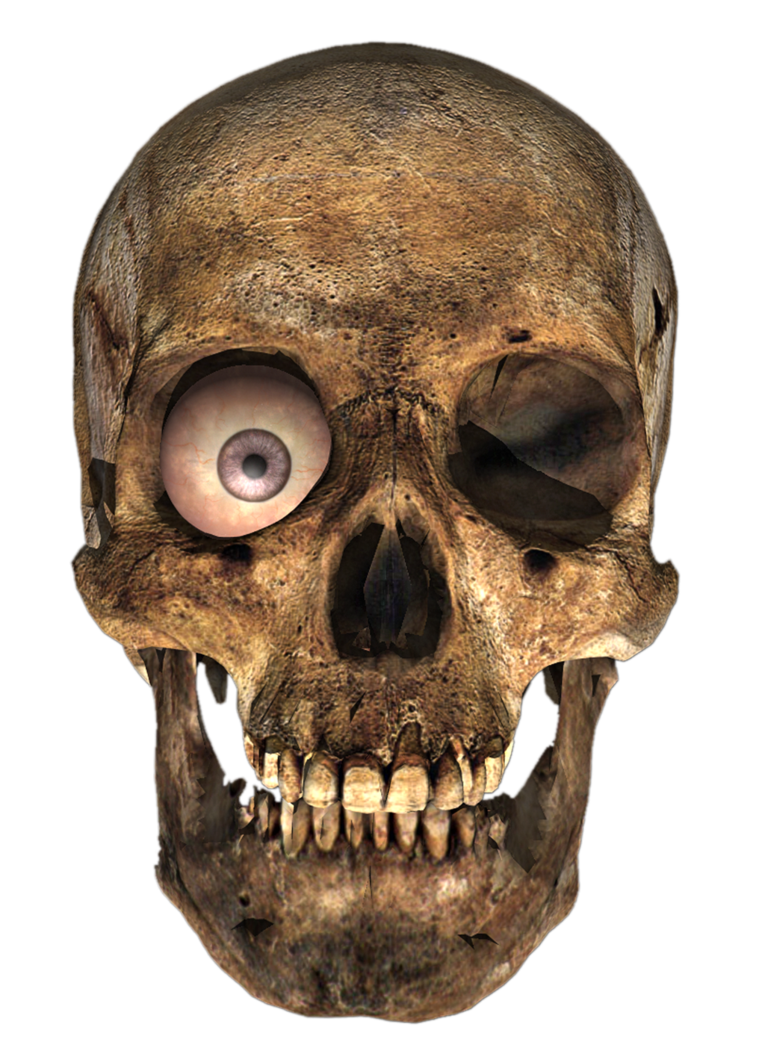 This image has format transparent PNG with resolution 765x1045.
You can download this image in best resolution from this page and use it for design and web design.

The skull is a bony structure that forms the head in most vertebrates. It supports the structures of the face and provides a protective cavity for the brain. The skull is composed of two parts: the cranium and the mandible. In the human these two parts are the neurocranium and the viscerocranium or facial skeleton that includes the mandible as its largest bone. The skull forms the anterior most portion of the skeleton and is a product of cephalisation—housing the brain, and several sensory structures such as the eyes, ears, nose, and mouth. In humans these sensory structures are part of the facial skeleton.

Functions of the skull include protection of the brain, fixing the distance between the eyes to allow stereoscopic vision, and fixing the position of the ears to enable sound localisation of the direction and distance of sounds. In some animals such as horned ungulates, the skull also has a defensive function by providing the mount (on the frontal bone) for the horns.

The English word "skull" is probably derived from Old Norse "skulle", while the Latin word cranium comes from the Greek root (kranion).

The skull is made up of a number of fused flat bones, and contains many foramina, fossae, processes, and several cavities or sinuses. In zoology there are openings in the skull called fenestrae.