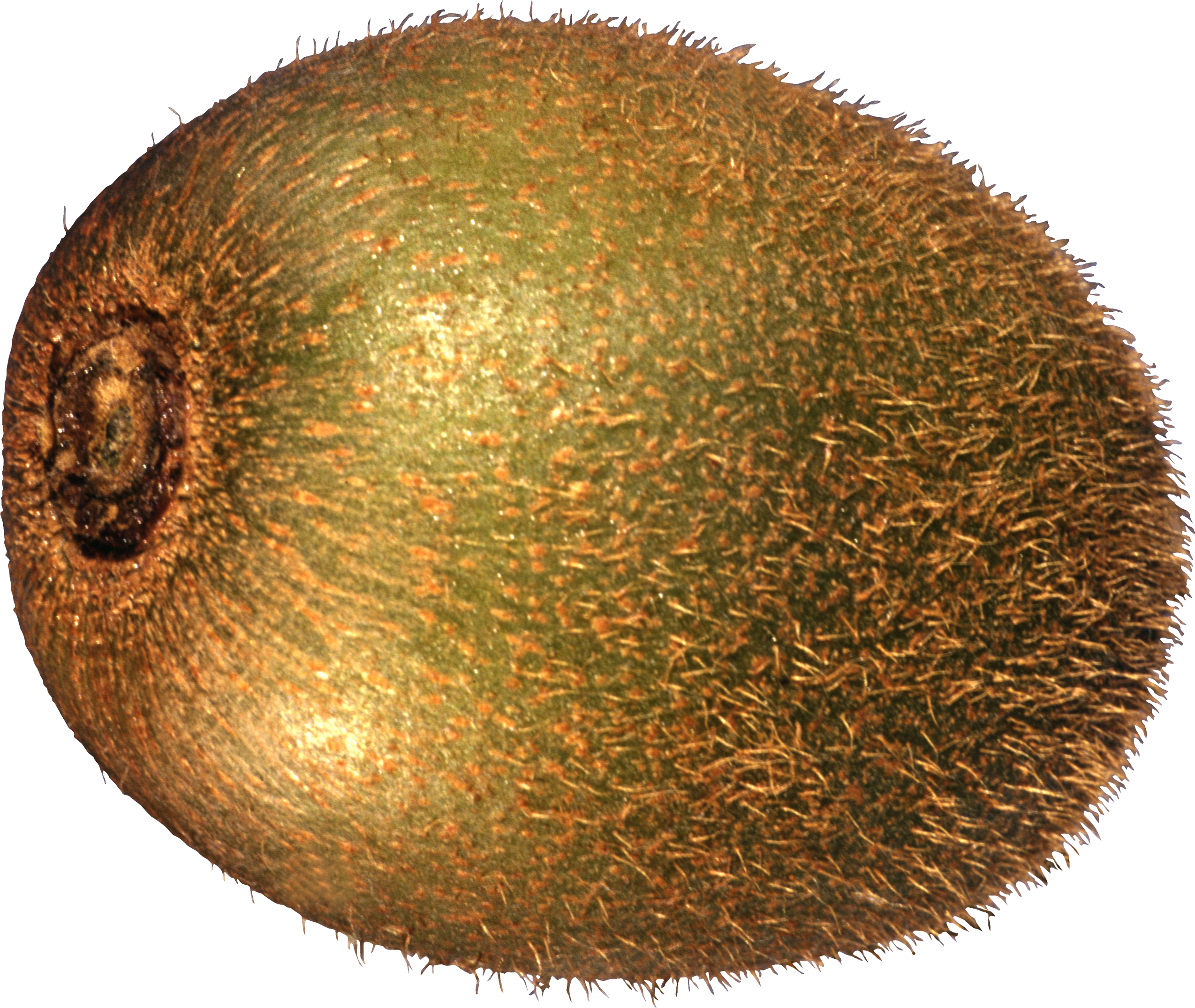 This image has format transparent PNG with resolution 2548x2150.
You can download this image in best resolution from this page and use it for design and web design.

Kiwifruit (often shortened to kiwi) or Chinese gooseberry is the name given to the edible berries of several species of woody vines in the genus Actinidia. The most common cultivar group of kiwifruit ('Hayward') is oval, about the size of a large hen's egg (5–8 cm (2.0–3.1 in) in length and 4.5–5.5 cm (1.8–2.2 in) in diameter). It has a fibrous, dull greenish-brown skin and bright green or golden flesh with rows of tiny, black, edible seeds. The fruit has a soft texture and a sweet but unique flavor. It is a commercial crop in several countries, such as Italy, New Zealand, Chile, Greece, and France.

Kiwifruit is native to north-central and eastern China. Cultivation of the fuzzy kiwifruit spread from China in the early 20th century to New Zealand, where the first commercial plantings occurred. Although kiwifruit is a national fruit of China, until recently, China was not a major producing country of kiwifruit, as it was traditionally collected from the wild. The fruit became popular with American servicemen stationed in New Zealand during World War II and later exported to California using the names "Chinese gooseberry" and "melonette". In 1962, New Zealand growers began calling it "kiwifruit" to give it more market appeal, and a California-based importer subsequently used that name when introducing the fruit to the American market.

In Italy, kiwifruit cultivation began in 1970, growing to rank second in production behind China in 2014.