In this page you can download PNG image - Rambo PNG. 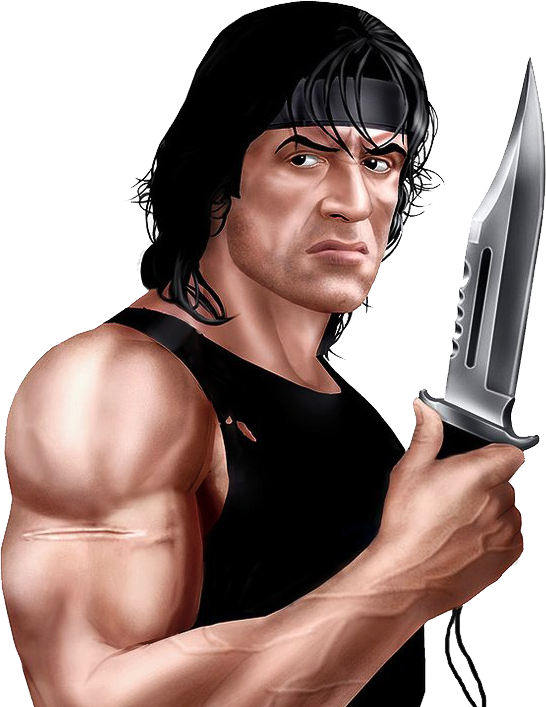 This image has format transparent PNG with resolution 546x707.
You can download this image in best resolution from this page and use it for design and web design.

Rambo is a film series based on the David Morrell novel First Blood and starring Sylvester Stallone as John Rambo, a troubled Vietnam War veteran and former U.S. Army Special Forces soldier who is skilled in many aspects of survival, weaponry, hand-to-hand combat and guerrilla warfare. The series consists of the films First Blood (1982), Rambo: First Blood Part II (1985), Rambo III (1988) and Rambo (2008).

All four existing films in the Rambo series are available from Lionsgate by virtue of the studio's output deal with StudioCanal (the company that currently holds the underlying rights to the first three films) and Lionsgate itself co-producing the latter film (in partnership with The Weinstein Company). Paramount Pictures (via Trifecta Entertainment and Media) holds the television rights to the first three films, while Debmar-Mercury handles television distribution for the latter film on behalf of parent company Lionsgate.