In this page you can download PNG image - Speedometer PNG. 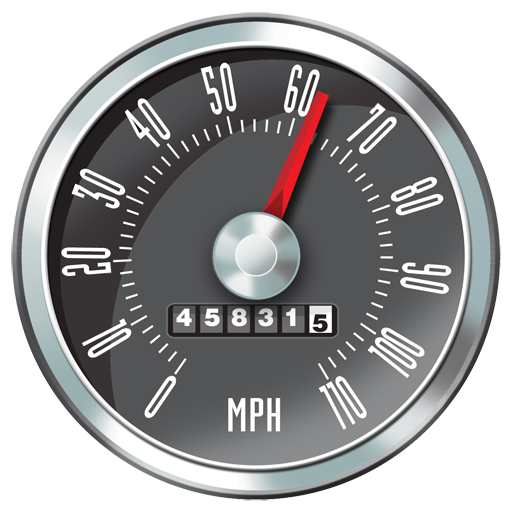 A speedometer or a speed meter is a gauge that measures and displays the instantaneous speed of a vehicle. Now universally fitted to motor vehicles, they started to be available as options in the 1900s, and as standard equipment from about 1910 onwards.[1] Speedometers for other vehicles have specific names and use other means of sensing speed. For a boat, this is a pit log. For an aircraft, this is an airspeed indicator.

Charles Babbage is credited with creating an early type of a speedometer, which were usually fitted to locomotives.

The electric speedometer was invented by the Croatian Josip Belu?i? in 1888, and was originally called a velocimeter.

Originally patented by Otto Schultze on October 7, 1902,[5] it uses a rotating flexible cable usually driven by gearing linked to the output of the vehicle's transmission. The early Volkswagen Beetle and many motorcycles, however, use a cable driven from a front wheel.

The return spring is calibrated such that a given revolution speed of the cable corresponds to a specific speed indication on the speedometer. This calibration must take into account several factors, including ratios of the tailshaft gears that drive the flexible cable, the final drive ratio in the differential, and the diameter of the driven tires.

One of the key disadvantages of the eddy current speedometer is that it cannot show the vehicle speed when running in reverse gear since the cup would turn in the opposite direction - in this scenario the needle would be driven against its mechanical stop pin on the zero position.