In this page you can download PNG image - Jesus Christ PNG. 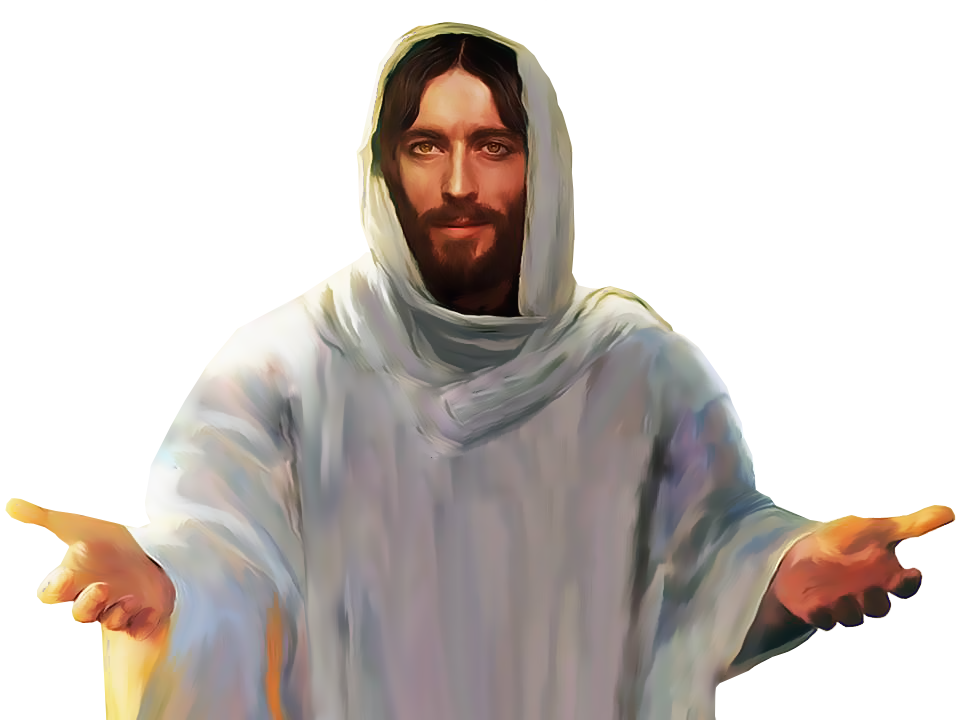 This image has format transparent PNG with resolution 960x720.
You can download this image in best resolution from this page and use it for design and web design.

Jesus, also referred to as Jesus of Nazareth or Jesus Christ, was a Jewish preacher and religious leader who became the central figure of Christianity.Christians believe him to be the Son of God and the awaited Messiah (Christ) prophesied in the Old Testament.

Virtually all modern scholars of antiquity agree that Jesus existed historically, although the quest for the historical Jesus has produced little agreement on the historical reliability of the Gospels and on how closely the biblical Jesus reflects the historical Jesus. Jesus was a Galilean Jew who was baptized by John the Baptist and subsequently began his own ministry, preaching his message orally and often being referred to as "rabbi". He was arrested and tried by the Jewish authorities,and was crucified by the order of Pontius Pilate, the Roman prefect. Jesus debated fellow Jews on how to best follow God, performed healings, taught in parables and gathered followers. After his death, his followers believed he rose from the dead, and the community they formed eventually became the Christian Church.

His birth is celebrated annually on December 25 (or various dates in January for some eastern churches) as a holiday known as Christmas, his crucifixion is honored on Good Friday, and his resurrection is celebrated on Easter. The widely used calendar era "AD", from the Latin anno Domini ("in the year of our Lord"), and the alternative "CE", are based on the approximate birth date of Jesus.