In this page you can download PNG image - Swan PNG. 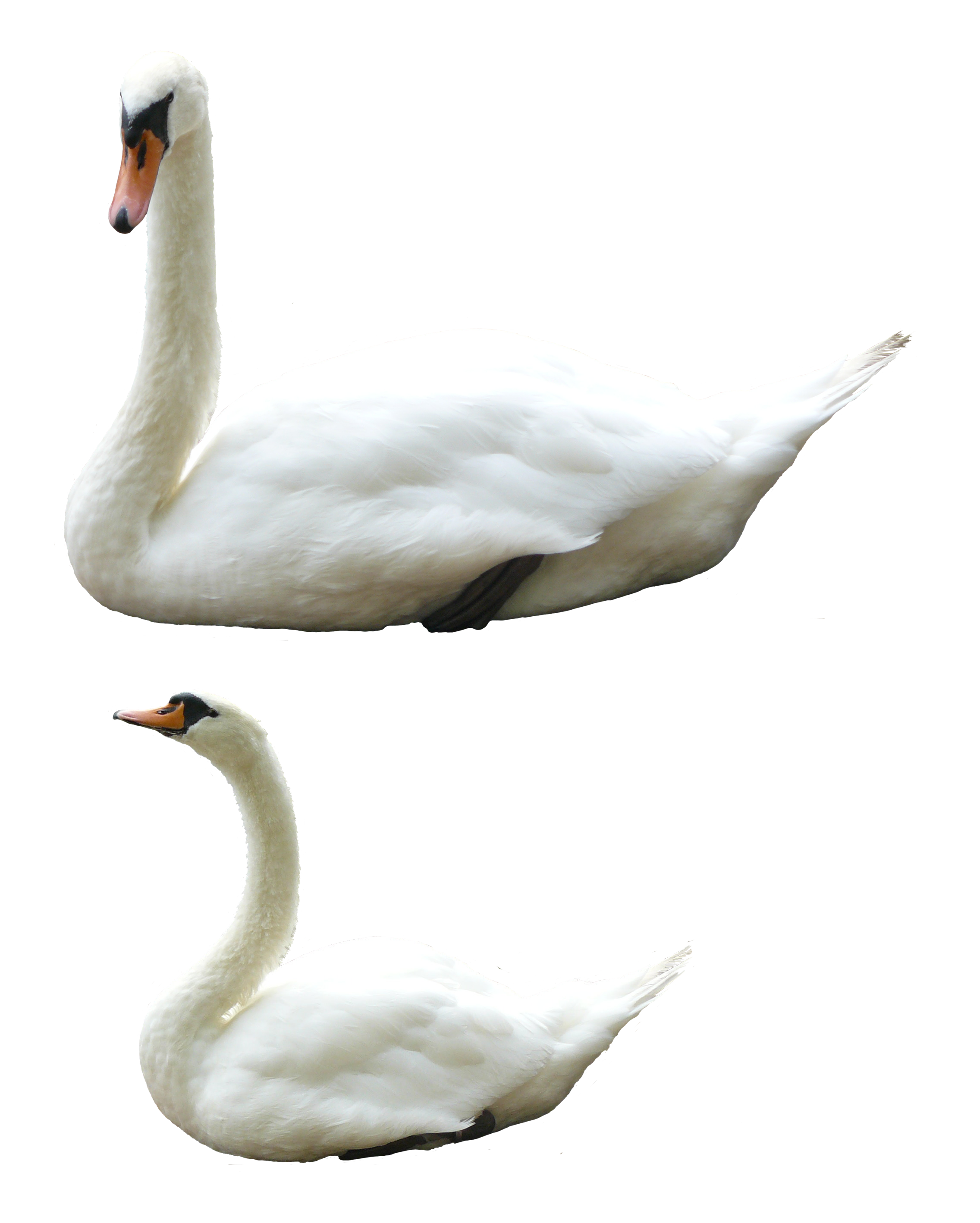 This image has format transparent PNG with resolution 2272x2836.
You can download this image in best resolution from this page and use it for design and web design.

Swans are birds of the family Anatidae within the genus Cygnus. The swans' close relatives include the geese and ducks. Swans are grouped with the closely related geese in the subfamily Anserinae where they form the tribe Cygnini. Sometimes, they are considered a distinct subfamily, Cygninae. There are six or seven species of swan in the genus Cygnus; in addition there is another species known as the coscoroba swan, although this species is no longer considered one of the true swans. Swans usually mate for life, though "divorce" does sometimes occur, particularly following nesting failure, and if a mate dies, the remaining swan will take up with another. The number of eggs in each clutch ranges from three to eight.

Swans are the largest extant members of the waterfowl family Anatidae, and are among the largest flying birds. The largest species, including the mute swan, trumpeter swan, and whooper swan, can reach a length of over 1.5 m (59 in) and weigh over 15 kg (33 lb). Their wingspans can be over 3.1 m (10 ft). Compared to the closely related geese, they are much larger and have proportionally larger feet and necks. Adults also have a patch of unfeathered skin between the eyes and bill. The sexes are alike in plumage, but males are generally bigger and heavier than females.

Swans' legs are normally a dark blackish grey colour, except for the two South American species, which have pink legs. Bill colour varies: the four subarctic species have black bills with varying amounts of yellow, and all the others are patterned red and black. Although birds do not have teeth, swans have beaks with serrated edges that look like small jagged 'teeth' as part of their beaks used for catching and eating aquatic plants and algae, but also molluscs, small fish, frogs and worms. The mute swan and black-necked swan have lumps at the base of their bills on the upper mandible.