In this page you can download PNG image - Cock PNG. 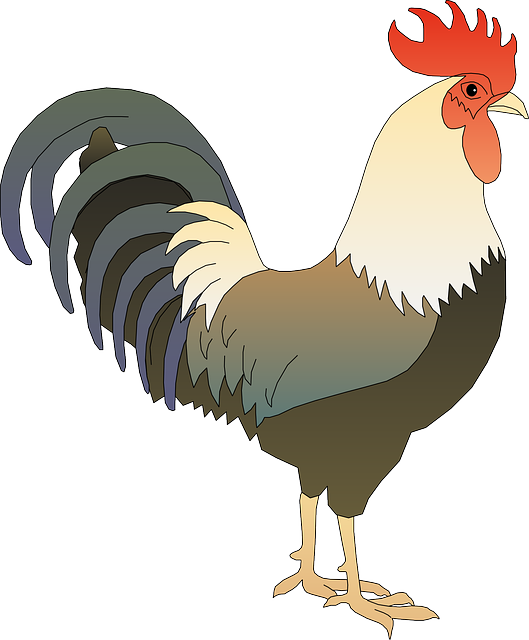 This image has format transparent PNG with resolution 529x640.
You can download this image in best resolution from this page and use it for design and web design.

A rooster, also known as a cockerel or cock, is a male gallinaceous bird, usually a male chicken (Gallus gallus).

Mature male chickens less than one year old are called cockerels. The term "rooster" originates in the United States, and the term is widely used throughout North America, as well as Australia and New Zealand. The older terms "cock" or "cockerel", the latter denoting a young cock, are used in the United Kingdom and Ireland.

"Roosting" is the action of perching aloft to sleep at day, which is done by both sexes. The rooster is polygamous, but cannot guard several nests of eggs at once. He guards the general area where his hens are nesting, and attacks other roosters that enter his territory. During the daytime, a rooster often sits on a high perch, usually 0.9 to 1.5 m (3 to 5 feet) off the ground, to serve as a lookout for his group (hence the term "rooster"). He sounds a distinctive alarm call if predators are nearby.

(The term "cock" is also used generally to refer to a male of other species of bird, for example the "Cock sparrow", or to the human male genitalia.)