In this page you can download PNG image - Pram baby PNG. 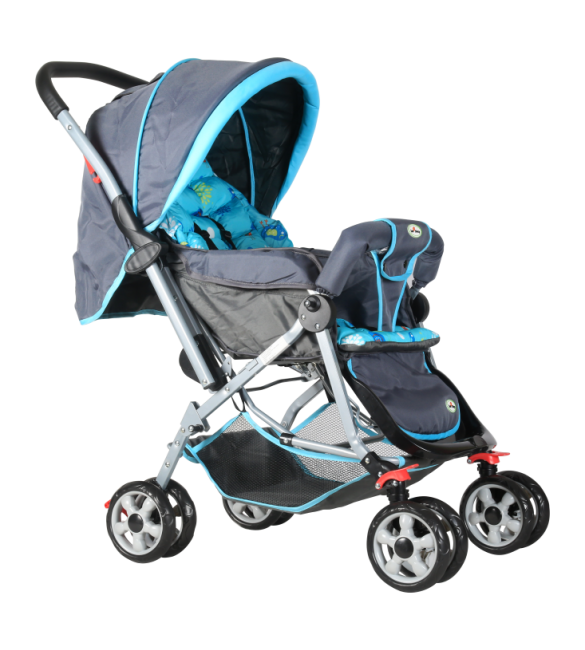 This image has format transparent PNG with resolution 585x650.
You can download this image in best resolution from this page and use it for design and web design.

The large, heavy prams (short for perambulator), which had become popular during the Victorian era, were replaced by lighter designs during the latter half of the 1900s.

Strollers' or 'pushchairs/buggies' (British English), are used for small children up to about three years old in a sitting position facing forward.

"Pushchair" was the popularly used term in the UK between its invention and the early 1980s, when a more compact design known as a "buggy" became the trend, popularised by the conveniently collapsible aluminium-framed Maclaren buggy designed and patented by the British aeronautical designer Owen Maclaren in 1965. "Pushchair" is the usual term in the UK, but is becoming increasingly replaced by buggy; in American English, buggy is synonymous with baby carriage. Newer versions can be configured to carry a baby lying down like a low pram and then be reconfigured to carry the child in the forward-facing position.

A variety of twin pushchairs are manufactured, some designed for babies of a similar age (such as twins) and some for those with a small age gap. Triple pushchairs are a fairly recent addition, due to the number of multiple births being on the increase. Safety guidelines for standard pushchairs apply. Most triple buggies have a weight limit of 50 kg and recommended use for children up to the age of 4 years.

A travel system is typically a set consisting of a chassis with a detachable baby seat and/or carrycot. Thus a travel system can be switched between a pushchair and a pram. Another benefit of a travel system is that the detached chassis (generally an umbrella closing chassis) when folded will usually be smaller than other types, to transport it in a car trunk or boot. Also, the baby seat will snap into a base meant to stay in an automobile, becoming a car seat. This allows undisturbed movement of the baby into or out of a car and a reduced chance of waking a sleeping baby.

Another modern design showcases a stroller that includes the possibility for the lower body to be elongated, thereby transforming the stroller into a kick scooter. Steering occurs by leaning towards either side. Depending on the model, it can be equipped with a foot- and/or handbrake. Speeds up to 10 mph can be reached. The first stroller of this kind was the so-called “Roller Buggy”, developed by industrial designer Valentin Vodev in 2005. In 2012 the manufacturer Quinny became interested in the concept and teamed up with a Belgian studio to design another model.

The modern infant car seat is a relative latecomer. It is used to carry a child within a car. Such car seats are required by law in many countries to safely transport young children.