In this page you can download PNG image - Wheelchair PNG. 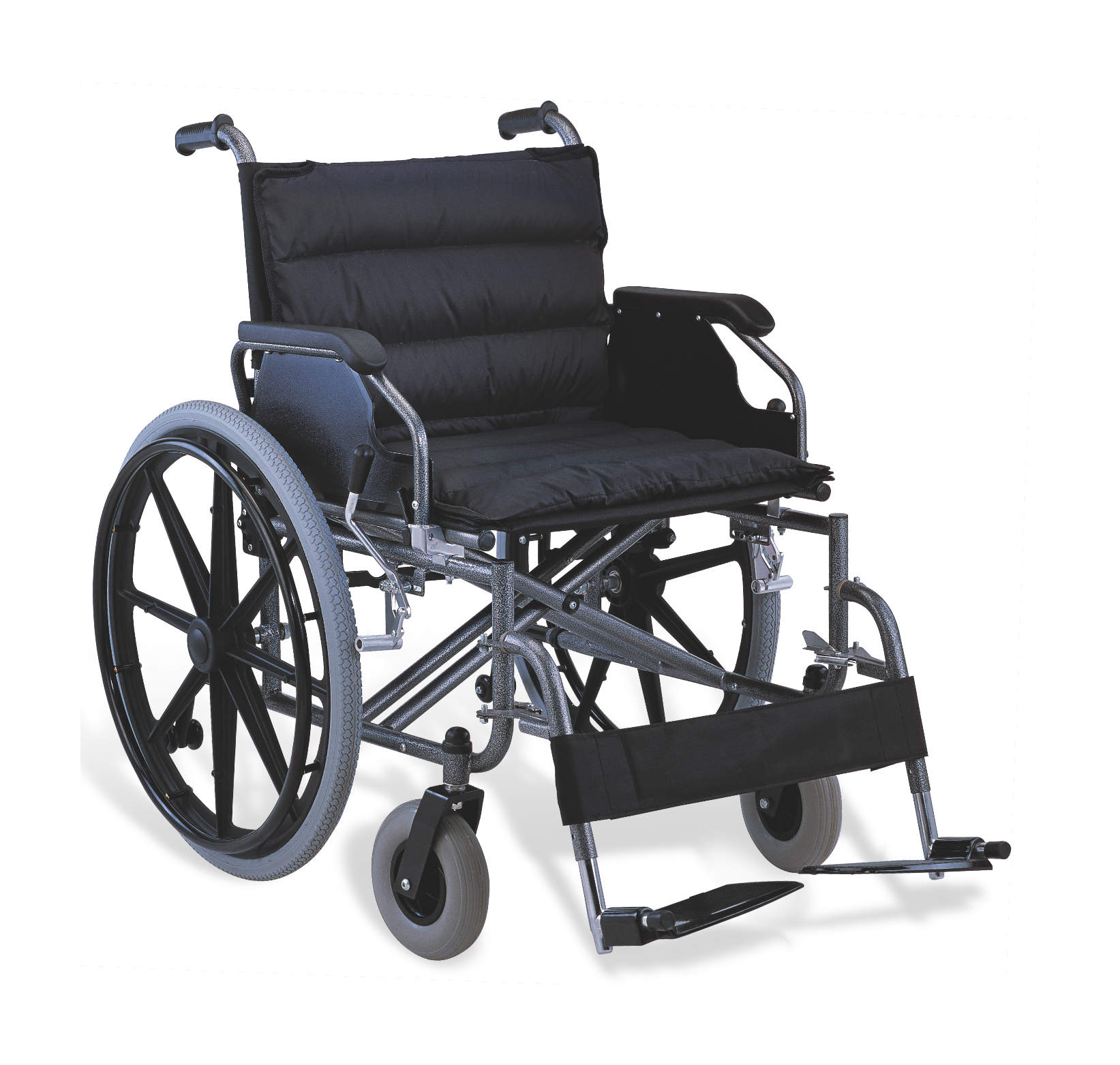 This image has format transparent PNG with resolution 1643x1563.
You can download this image in best resolution from this page and use it for design and web design.

A wheelchair is a chair with wheels, used when walking is difficult or impossible due to illness, injury, or disability. Wheelchairs come in a wide variety of formats to meet the specific needs of their users. They may include specialized seating adaptions, individualized controls, and may be specific to particular activities, as seen with sports wheelchairs and beach wheelchairs. The most widely recognised distinction is between powered wheelchairs ("powerchairs"), where propulsion is provided by batteries and electric motors, and manually propelled wheelchairs, where the propulsive force is provided either by the wheelchair user/occupant pushing the wheelchair by hand ("self-propelled"), or by an attendant pushing from the rear ("attendant propelled").

The earliest records of wheeled furniture are an inscription found on a stone slate in China and a child's bed depicted in a frieze on a Greek vase, both dating between the 6th and 5th century BCE. The first records of wheeled seats being used for transporting disabled persons date to three centuries later in China; the Chinese used early wheelbarrows to move people as well as heavy objects. A distinction between the two functions was not made for another several hundred years, until around 525 CE, when images of wheeled chairs made specifically to carry people begin to occur in Chinese art.

Although Europeans eventually developed a similar design, this method of transportation did not exist until 1595 when an unknown inventor from Spain built one for King Phillip II. Although it was an elaborate chair having both armrests and leg rests, the design still had shortcomings since it did not feature an efficient propulsion mechanism and thus, requires assistance to propel it. This makes the design more of a modern-day highchair or portable throne for the wealthy rather than a modern-day wheelchair for the disabled.

In 1655, Stephan Farffler, a 22-year-old paraplegic watchmaker, built the world's first self-propelling chair on a three-wheel chassis using a system of cranks and cogwheels. However, the device had an appearance of a hand bike more than a wheelchair since the design included hand cranks mounted at the front wheel.

The invalid carriage or Bath chair brought the technology into more common use from around 1760.

In 1887, wheelchairs ("rolling chairs") were introduced to Atlantic City so invalid tourists could rent them to enjoy the Boardwalk. Soon, many healthy tourists also rented the decorated "rolling chairs" and servants to push them as a show of decadence and treatment they could never experience at home.

In 1933 Harry C. Jennings, Sr. and his disabled friend Herbert Everest, both mechanical engineers, invented the first lightweight, steel, folding, portable wheelchair.[9] Everest had previously broken his back in a mining accident. Everest and Jennings saw the business potential of the invention and went on to become the first mass-market manufacturers of wheelchairs. Their "X-brace" design is still in common use, albeit with updated materials and other improvements. The X-brace idea came to Harry from the men’s folding “camp chairs / stools”, rotated 90 degrees, that Harry and Herbert used in the outdoors and at the mines.

There are a wide variety of types of wheelchair, differing by propulsion method, mechanisms of control, and technology used. Some wheelchairs are designed for general everyday use, others for single activities, or to address specific access needs. Innovation within the wheelchair industry is relatively common, but many innovations ultimately fall by the wayside, either from over-specialization, or from failing to come to market at an accessible price-point. The iBot is perhaps the best known example of this in recent years.