In this page you can download PNG image - Xbox gamepad PNG. 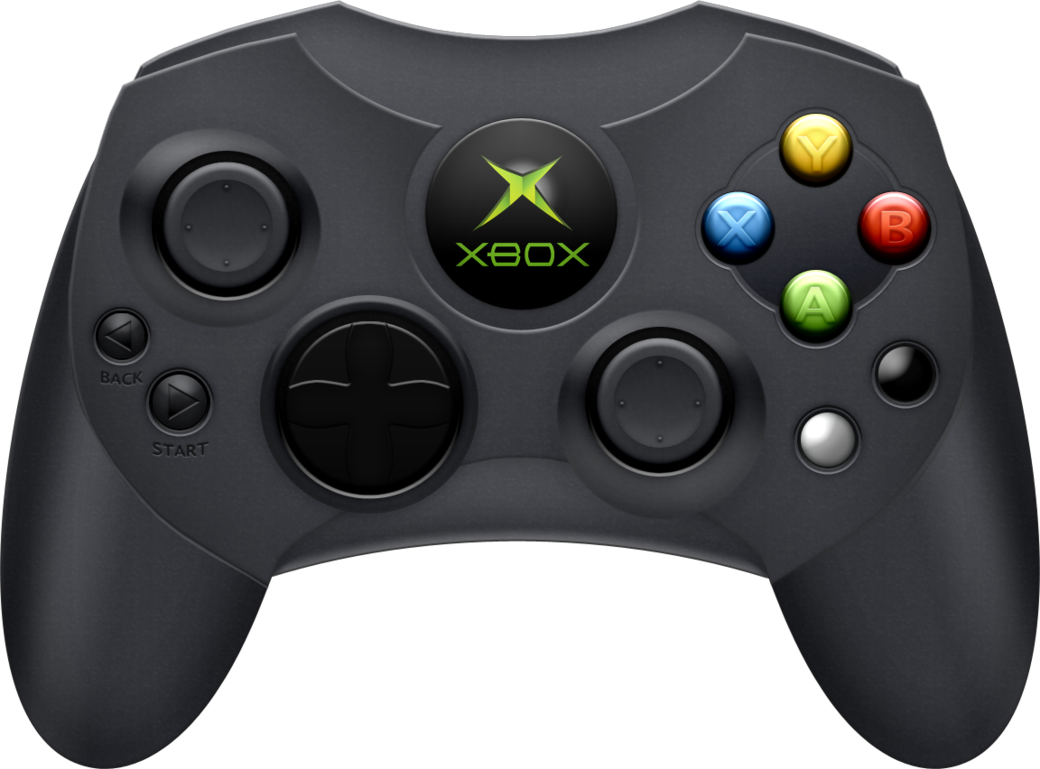 This image has format transparent PNG with resolution 1040x769.
You can download this image in best resolution from this page and use it for design and web design.

Xbox is a video gaming brand created and owned by Microsoft. The brand consists of five video game consoles, as well as applications (games), streaming services, an online service by the name of Xbox Live, and the development arm by the name of Xbox Game Studios. The brand was first introduced in the United States in November 2001, with the launch of the original Xbox console.

The original device was the first video game console offered by an American company after the Atari Jaguar stopped sales in 1996. It reached over 24 million units sold as of May 2006. Microsoft's second console, the Xbox 360, was released in 2005 and has sold 84 million units as of June 2014. The third console, Xbox One, was released in November 2013 and has sold over 41 million units as of March 2020. The fourth and fifth consoles, Xbox Series X and Series S, were released in November 2020. The head of Xbox is Phil Spencer, who succeeded former head Marc Whitten in late March 2014.

When Sony Computer Entertainment first announced the PlayStation 2 in 1999, the company had positioned the console as a centerpiece for home entertainment, as it not only would play video games, but also could play audio CDs and video DVDs. Microsoft, whose business had been primarily in supporting the personal computer (PC) business with its Windows operating system, software, and games, saw the PlayStation 2 as a threat to the personal computer.

Four engineers from Microsoft's DirectX team—Kevin Bachus, Seamus Blackley, Ted Hase and DirectX team leader Otto Berkes, began to envision what a Microsoft console to compete against the PlayStation 2 would be like. They designed a system that would use many hardware components in common with PCs, effectively running a version of Windows and DirectX to power the games on the console. This approach would make it easy for developers on Windows to build games for their new system, differentiating itself from the custom hardware solutions of most consoles. Numerous names were suggested for this console, including "Direct X Box",[9] and the "Windows Entertainment Project". Microsoft's marketing team conducted consumer surveys of the name, using the name "Xbox" as a control believing this would be least desirable, but found that this had the highest preference from their tests, and was selected as the name of the console.

The fourth generation of Xbox models, simply named Xbox, includes the Xbox Series X and Xbox Series S that launched on November 10, 2020. Both are considered members of the ninth generation of video game consoles alongside the PlayStation 5, also released that month.

The Xbox Series X and Series S are high- and low-end versions comparable to the Xbox One X and Xbox One S models, respectively, with all games designed for this model family playable on both systems. The Xbox Series X is estimated to be four times as powerful as Xbox One X, with support for 8K resolution and up to 120 frames-per-second rendering, with a nominal target of 4K resolution at 60 frames per second. The Xbox Series S is a digital-only unit with less graphic processing power, but can still render at a nominal 1440p resolution at 60 frames per second with support for 4K upscaling. Both consoles features support for new graphics rendering systems including real-time ray-tracing, and the new Xbox Velocity Architecture that works with the internal SSD drive to maximize the rate of texture streaming to the graphics processor, among other features. Besides games for this new console family, both consoles are fully compatible with all Xbox One games and most hardware, as well as all backward compatible games that were playable on the Xbox One from the Xbox 360 and original Xbox console.

To help transition consumers, Microsoft introduced its Smart Delivery system which most of its first-party games and several third-party games will use to offer free updates to Xbox One versions of games to the Xbox Series X/S version over the first few years of the consoles' launch.