In this page you can download PNG image - Leopard PNG. 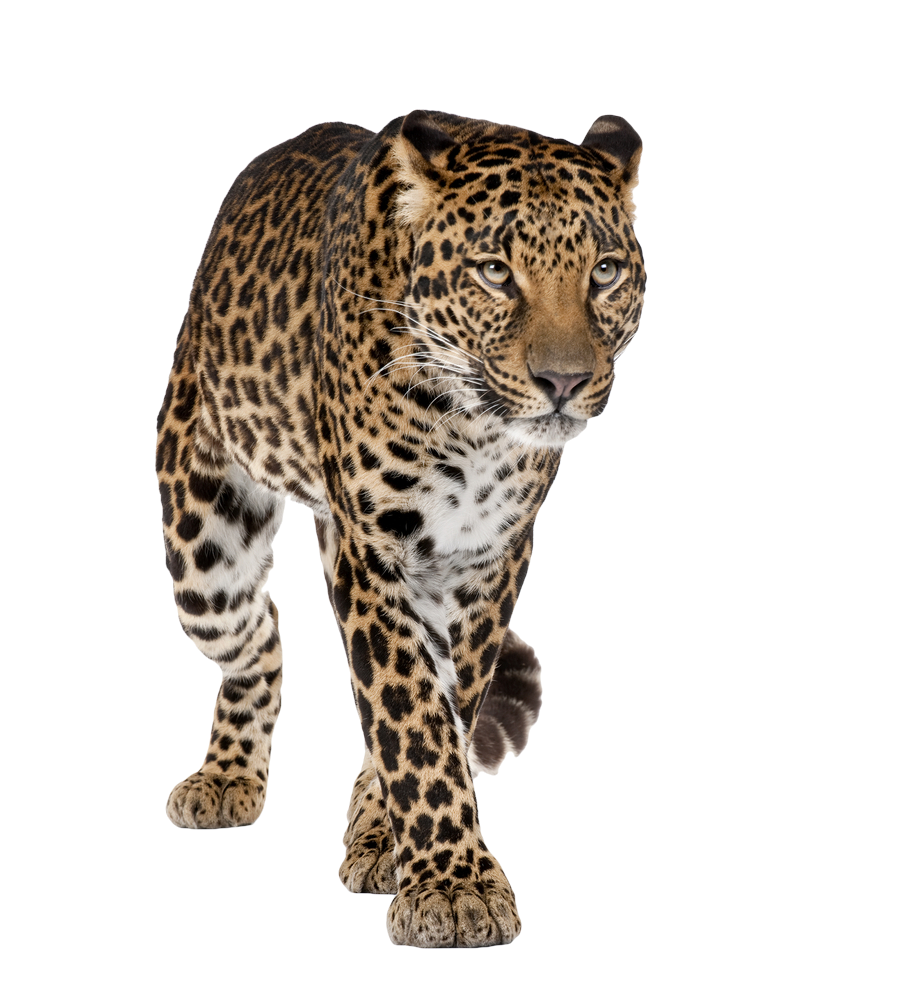 This image has format transparent PNG with resolution 915x1000.
You can download this image in best resolution from this page and use it for design and web design.

The leopard (Panthera pardus) is one of the five species in the genus Panthera, a member of the Felidae. The leopard occurs in a wide range in sub-Saharan Africa and parts of Asia and is listed as Vulnerable on the IUCN Red List because leopard populations are threatened by habitat loss and fragmentation, and are declining in large parts of the global range. In Hong Kong, Singapore, Kuwait, Syria, Libya, Tunisia and most likely in Morocco, leopard populations have already been extirpated. Contemporary records suggest that the leopard occurs in only 25% of its historical global range. Leopards are hunted illegally, and their body parts are smuggled in the wildlife trade for medicinal practices and decoration.

Compared to other wild cats, the leopard has relatively short legs and a long body with a large skull. It is similar in appearance to the jaguar, but generally has a smaller, lighter physique. Its fur is marked with rosettes similar to those of the jaguar, but the leopard's rosettes are smaller and more densely packed, and do not usually have central spots as the jaguar's do. Both leopards and jaguars that are melanistic are known as black panthers. The leopard is distinguished by its well-camouflaged fur, opportunistic hunting behaviour, broad diet, and strength (which it uses to move heavy carcasses into trees), as well as its ability to adapt to various habitats ranging from rainforest to steppe, including arid and montane areas, and its ability to run at speeds of up to 58 kilometres per hour (36 mph).