In this page you can download PNG image - Flame fire PNG. 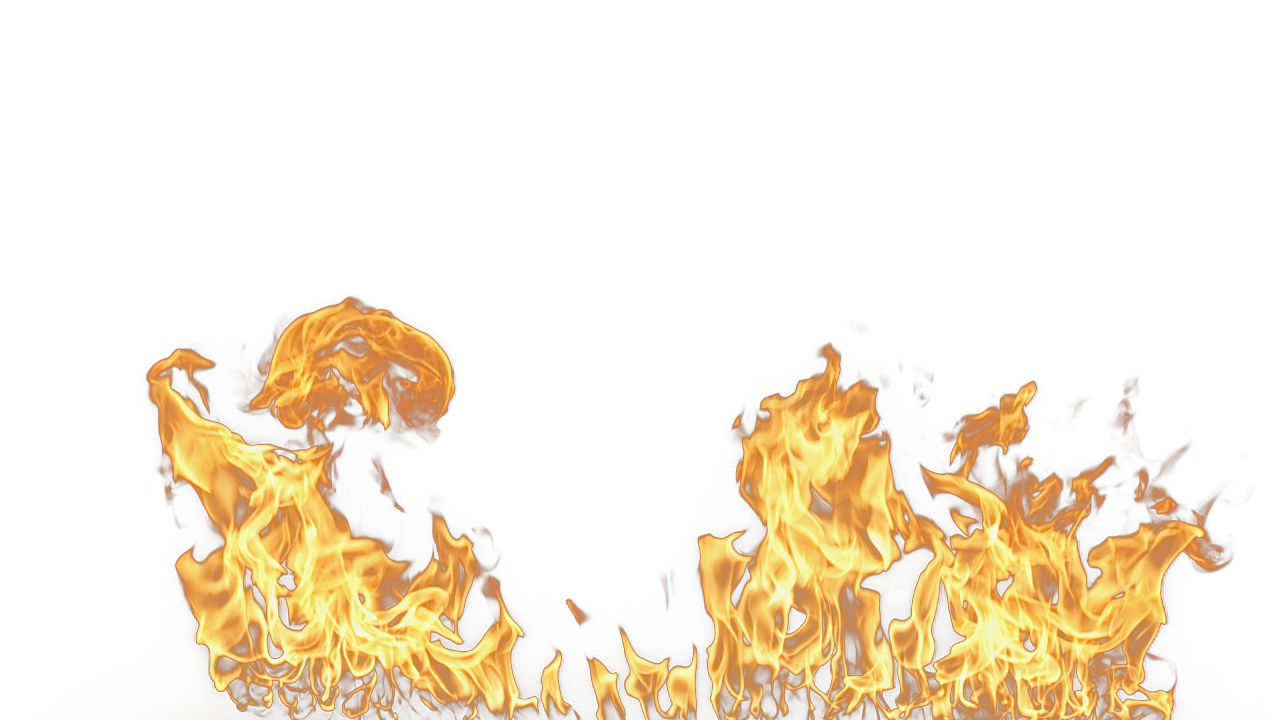 This image has format transparent PNG with resolution 1280x720.
You can download this image in best resolution from this page and use it for design and web design.

A flame (from Latin flamma) is the visible, gaseous part of a fire. It is caused by a highly exothermic reaction taking place in a thin zone. Very hot flames are hot enough to have ionized gaseous components of sufficient density to be considered plasma.

Color and temperature of a flame are dependent on the type of fuel involved in the combustion, as, for example, when a lighter is held to a candle. The applied heat causes the fuel molecules in the candle wax to vaporize. In this state they can then readily react with oxygen in the air, which gives off enough heat in the subsequent exothermic reaction to vaporize yet more fuel, thus sustaining a consistent flame. The high temperature of the flame causes the vaporized fuel molecules to decompose, forming various incomplete combustion products and free radicals, and these products then react with each other and with the oxidizer involved in the reaction. Sufficient energy in the flame will excite the electrons in some of the transient reaction intermediates such as the Methylidyne radical (CH) and Diatomic carbon (C2), which results in the emission of visible light as these substances release their excess energy (see spectrum below for an explanation of which specific radical species produce which specific colors). As the combustion temperature of a flame increases (if the flame contains small particles of unburnt carbon or other material), so does the average energy of the electromagnetic radiation given off by the flame (see Black body).

Other oxidizers besides oxygen can be used to produce a flame. Hydrogen burning in chlorine produces a flame and in the process emits gaseous hydrogen chloride (HCl) as the combustion product. Another of many possible chemical combinations is hydrazine and nitrogen tetroxide which is hypergolic and commonly used in rocket engines. Fluoropolymers can be used to supply fluorine as an oxidizer of metallic fuels, e.g. in the magnesium/teflon/viton composition.

The chemical kinetics occurring in the flame are very complex and typically involve a large number of chemical reactions and intermediate species, most of them radicals. For instance, a well-known chemical kinetics scheme, GRI-Mech, uses 53 species and 325 elementary reactions to describe combustion of biogas.

There are different methods of distributing the required components of combustion to a flame. In a diffusion flame, oxygen and fuel diffuse into each other; the flame occurs where they meet. In a premixed flame, the oxygen and fuel are premixed beforehand, which results in a different type of flame. Candle flames (a diffusion flame) operate through evaporation of the fuel which rises in a laminar flow of hot gas which then mixes with surrounding oxygen and combusts.