In this page you can download PNG image - Goat PNG. 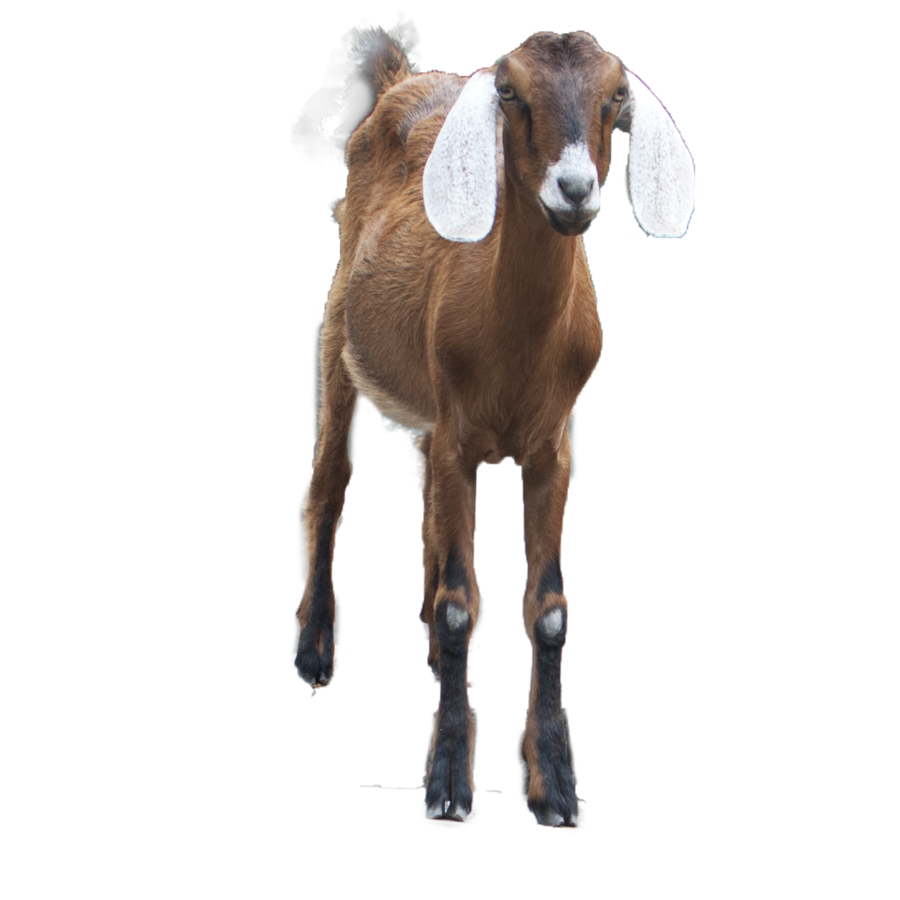 This image has format transparent PNG with resolution 900x900.
You can download this image in best resolution from this page and use it for design and web design.

The domestic goat (Capra aegagrus hircus) is a subspecies of goat domesticated from the wild goat of southwest Asia and Eastern Europe.

The goat is a member of the family Bovidae and is closely related to the sheep as both are in the goat-antelope subfamily Caprinae. There are over 300 distinct breeds of goat. Goats are one of the oldest domesticated species, and have been used for their milk, meat, hair, and skins over much of the world. In 2011, there were more than 924 million live goats around the globe, according to the UN Food and Agriculture Organization.

Female goats are referred to as "does" or "nannies", intact males are called "bucks" or "billies" and juveniles of both sexes are called "kids". Castrated males are called "wethers". While both the words "hirsine" and "caprine" refer to anything having a goat-like quality, the former is used most often to emphasize the distinct smell attributed to domestic goats.

Goats are among the earliest animals domesticated by humans. The most recent genetic analysis confirms the archaeological evidence that the wild Bezoar ibex of the Zagros Mountains is the likely original ancestor of probably all domestic goats today.

Neolithic farmers began to herd wild goats primarily for easy access to milk and meat, as well as to their dung, which was used as fuel, and their bones, hair and sinew for clothing, building and tools. The earliest remnants of domesticated goats dating 10,000 years before present are found in Ganj Dareh in Iran. Goat remains have been found at archaeological sites in Jericho, Choga Mami, Djeitun, and ?ay?n?, dating the domestication of goats in Western Asia at between 8000 and 9000 years ago.

Historically, goat hide has been used for water and wine bottles in both traveling and transporting wine for sale. It has also been used to produce parchment.