In this page you can download PNG image - Dandelion PNG. 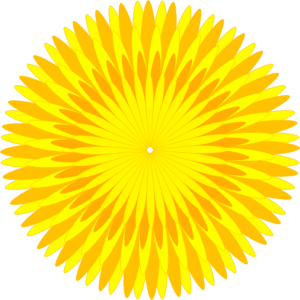 This image has format transparent PNG with resolution 300x300.
You can download this image in best resolution from this page and use it for design and web design.

Taraxacum (/təˈræksəkʊm/) is a large genus of flowering plants in the family Asteraceae, which consists of species commonly known as dandelions. The scientific and hobby study of the genus is known as taraxacology. The genus is native to Eurasia and North America, but the two most commonplace species worldwide, T. officinale (the common dandelion) and T. erythrospermum (the red-seeded dandelion), were introduced into North America from Europe and now propagate as wildflowers. Both species are edible in their entirety. The common name dandelion (/ˈdændɪlaɪ.ən/ DAN-di-ly-ən, from French dent-de-lion, meaning 'lion's tooth') is also given to specific members of the genus.

Like other members of the family Asteraceae, they have very small flowers collected together into a composite flower head. Each single flower in a head is called a floret. In part due to their abundance, along with being a generalist species, dandelions are one of the most vital early spring nectar sources for a wide host of pollinators. Many Taraxacum species produce seeds asexually by apomixis, where the seeds are produced without pollination, resulting in offspring that are genetically identical to the parent plant.

In general, the leaves are 50–250 millimetres (2–10 in) long or longer, simple, lobed, and form a basal rosette above the central taproot. The flower heads are yellow to orange coloured, and are open in the daytime, but closed at night. The heads are borne singly on a hollow stem (scape) that is usually leafless and rises 10–100 millimetres (3⁄8–3+7⁄8 in) or more above the leaves. Stems and leaves exude a white, milky latex when broken. A rosette may produce several flowering stems at a time. The flower heads are 20–50 millimetres (3⁄4–2 in) in diameter and consist entirely of ray florets. The flower heads mature into spherical seed heads sometimes called blowballs or clocks (in both British and American English) containing many single-seeded fruits called achenes. Each achene is attached to a pappus of fine hair-like material which enables wind-aided dispersal over long distances.

The flower head is surrounded by bracts (sometimes mistakenly called sepals) in two series. The inner bracts are erect until the seeds mature, then flex downward to allow the seeds to disperse. The outer bracts are often reflexed downward, but remain appressed in plants of the sections Palustria and Spectabilia. Some species drop the "parachute" from the achenes; the hair-like parachutes are called pappus, and they are modified sepals. Between the pappus and the achene is a stalk called a beak, which elongates as the fruit matures. The beak breaks off from the achene quite easily, separating the seed from the parachute.