In this page you can download PNG image - Laser sight PNG. 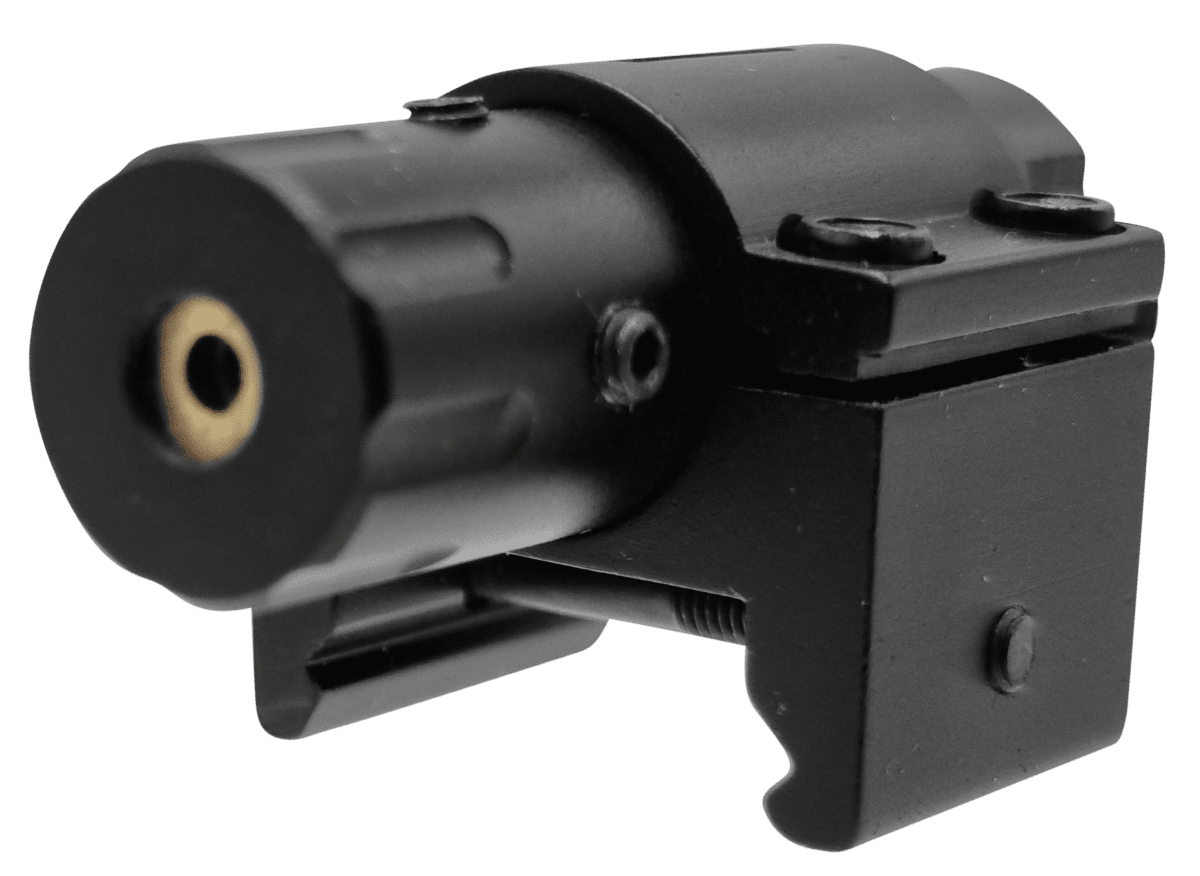 This image has format transparent PNG with resolution 1200x876.
You can download this image in best resolution from this page and use it for design and web design.

A laser sight is a device attached or integral to a firearm to aid target acquisition. Unlike optical and iron sights where the user looks through the device to aim at the target, laser sights project a beam onto the target that provides a visual reference point. Although lasers in the visible part of the spectrum are most common, invisible infrared (IR) lasers may be used in conjunction with a night vision device. As they are offset from the barrel, laser sights need to be zeroed in, much like a conventional sight, so that the beam intercepts the point of impact at a chosen distance. Devices may include one or both types of laser, with some models also incorporating a rangefinder, flashlight, or IR illuminator. Laser sights may be attached to the existing sighting mechanism, the trigger guard, via a rail system, or can be integrated into replacement components such as the guide rod or grip plates. Some variants are also incorporated into other attachments such as foregrips.

Laser sights are primarily used by military and law enforcement, although have some civilian use for hunting and self defense. They are also found on some less lethal weapons, such as Taser electroshock weapons.

The use of laser sights is associated with increased accuracy in general, increasing the probability of hitting the target especially in low light conditions. The projected dot speeds up target acquisition, decreasing the time required for the shooter to aim and fire, as well as decreasing the time necessary for follow-up shots. Laser sights also aid in point shooting, where the shooter relies on hand eye coordination rather than aiming with a traditional sight. This is of particular use when the user does not have time or is unable to obtain a proper sight picture before firing; for example, the use of ballistic shields or gas masks may obstruct access to the sights. Lasers also increase accuracy when shooting from an unconventional stance.

Laser sights are also a useful training aid. They allow users to practice dry-fire drills while being able to see the point of impact: this has significant safety benefits. Training with laser sights has been shown to improve shooting skills faster, although both instructors and manufacturers recommended that users continue training without lasers to avoid becoming dependent on them.

Lasers can easily cause damage to the eyes. Visible lasers are unlikely to cause permanent damage due to the blink reflex, however IR lasers do not trigger this and thus pose a significant risk.

Laser boresights differ from laser sights in that they are not intended, or capable, of being used at the same time as the firearm; instead, they are intended to aid in zeroing the firearm. A boresight is a laser in the shape of a cartridge. The user chambers a boresight of the appropriate calibre which projects a laser beam directly down the barrel, providing a visual indicator of the point of impact at a given range. The user then adjusts the sights until they align with the dot. Boresighting suffers from the same weakness as laser sights in that while the beam is straight, the path of the bullet curves; as such it is not a substitute for traditional zeroing, rather they serve to speed up the process.

In a 2019 survey of US police officers, less than 13% used laser sights on duty, with only 32% saying that their agency permitted their use.