In this page you can download PNG image - Sunflower PNG. 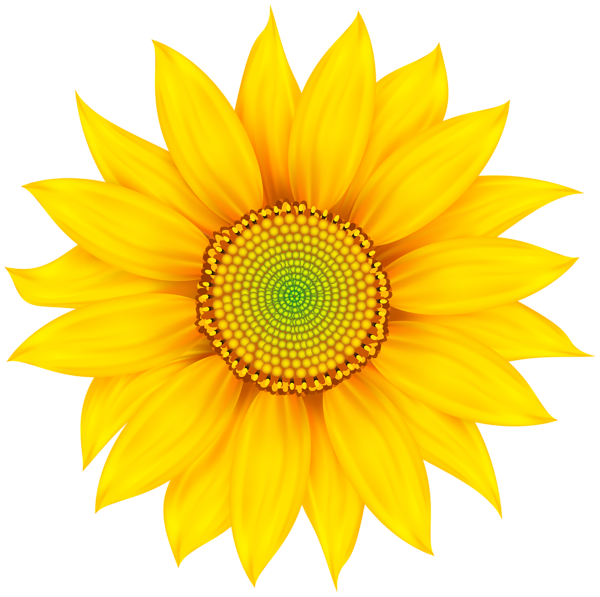 This image has format transparent PNG with resolution 600x597.
You can download this image in best resolution from this page and use it for design and web design.

Helianthus (/ˌhiːliˈænθəs/) is a genus comprising about 70 species of annual and perennial flowering plants in the daisy family Asteraceae. Except for three South American species, the species of Helianthus are native to North America and Central America. The common names "sunflower" and "common sunflower" typically refer to the popular annual species Helianthus annuus, whose round flower heads in combination with the ligules look like the sun. This and other species, notably Jerusalem artichoke (H. tuberosus), are cultivated in temperate regions and some tropical regions as food crops for humans, cattle, and poultry, and as ornamental plants. The species H. annuus typically grows during the summer and into early fall, with the peak growth season being mid-summer.

Several perennial Helianthus species are grown in gardens, but have a tendency to spread rapidly and can become aggressive. On the other hand, the whorled sunflower, Helianthus verticillatus, was listed as an endangered species in 2014 when the U.S. Fish and Wildlife Service issued a final rule protecting it under the Endangered Species Act. The primary threats are industrial forestry and pine plantations in Alabama, Georgia, and Tennessee. They grow to 1.8 m (6 ft) and are primarily found in woodlands, adjacent to creeks and moist, prairie-like areas.

Before blooming, sunflower plants tilt during the day to face the sun in order to gain more sunlight for photosynthesis. This heliotropism continues for a short time when the plant blooms, young sunflower heads tracking of the sun. This is thought to help attract pollinators, as many are more attracted to warm flowers. By the time they are mature, though, sunflowers generally stop moving to remain facing east. which lets them be warmed by the rising sun. The movement of sunflowers through heliotropism happens as the sunflower follows the sun, the opposite side of the sunflower stem begins to accumulate growth hormones and this causes growth which redirects the sunflower. The rough and hairy stem is branched in the upper part in wild plants, but is usually unbranched in domesticated cultivars.