In this page you can download PNG image - Red carpet PNG. 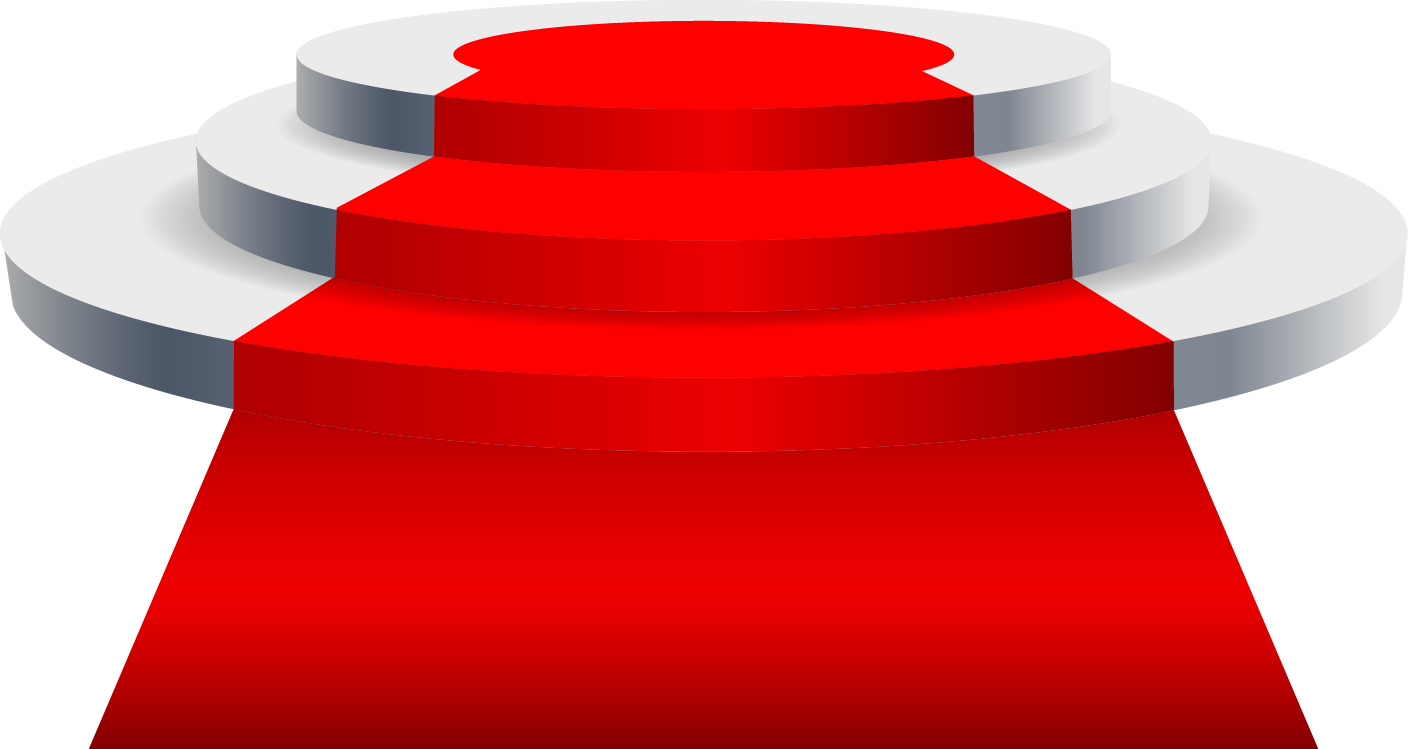 This image has format transparent PNG with resolution 1408x749.
You can download this image in best resolution from this page and use it for design and web design.

A red carpet is traditionally used to mark the route taken by heads of state on ceremonial and formal occasions, and has in recent decades been extended to use by VIPs and celebrities at formal events.

A red carpet is also used in gala celebrity events such as the Academy Awards, Golden Globe Awards, Grammy Awards, Met Gala, and BAFTAs. While the awards take place inside, much of the publicity and excitement takes place outside with journalists discussing the red carpet fashions, what designers are being worn by which stars and photographers taking pictures. This is now a spectacular international product placement arena of great importance to the fashion industry. Red carpets are often coupled with publicity backdrops which contain brand logos or emblems for photography purposes.

Carpeting in other colors may replace red in some instances to honor a certain cause or for a sponsored event, the sponsor's logo colors, such as a "green carpet" to promote environmental awareness, or for the Nickelodeon Kids' Choice Awards, an orange carpet is used instead to go with the network's primary imaging color. MTV uses a blue colored carpet for their Video Music Awards. In 2019, the premiere of the film Detective Pikachu used a yellow carpet to match the color of the lead character. In 2020, the premiere of Sonic The Hedgehog used a blue carpet.

In some countries such as South Africa and the Philippines, a red carpet is laid for members of parliament and other guests entering the joint session, allowing a showcase of fashion for politicians.